The key ingredients for six of SA’s top women in business featured in our Money Habits Series are the same: a good education, time, humility, respect and hard work. 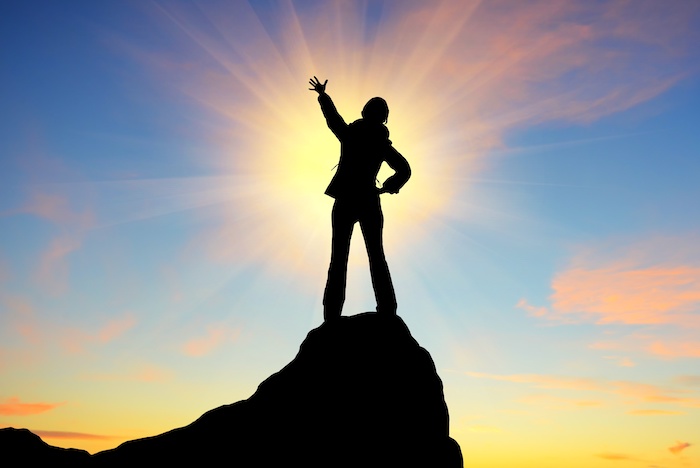 The road to the top is never easy, even if you’ve been given a head start, but the key ingredients for six of South Africa’s top women in business who were featured in our Money Habits Series are the same: a good education, time, humility, respect and hard work.

Sharing intimate details from falling pregnant at a young age, missing school because you were less of a priority and what life is like with wealthy parents to being reckless with money or not speaking about it at all, the women are testimony that a determination to succeed against all odds does pay off.

They speak differently about money, but still too the same.

Pension Funds Adjudicator Muvhango Lukhaimane told Sowetan Money that she worked really hard for the money to buy the house her child could call home and that purchase made her value what money can do for you if you stay the course.

For Lukhaimane money is a tool to help you live a fulfilling life with a growing, healthy family.

Nkareng Mpobane, chief investment officer at Ashburton Investments, says one of her biggest money lessons was understanding that money is a useful but finite asset that requires considered decision-making.

To get there, however, she had to mend her skewed relationship with money where it was just about spending on all the new things she could afford.

Thandi Ngwane, head of investments at Standard Bank, says she had to learn early in her life to overcome financial constraints, a valuable money lesson that would help her understand the value of budgeting your way into leading a successful life.

She says her lightbulb moment was when she grasped the fundamental difference between saving and investing, with investing being what creates wealth over the long term.

Acutely aware that money holds the risk of making you think you are better than others, Maluleke says she learnt that money is more than a material attraction – it is a tool to constantly better yourself. “Education was my best investment,” she says. “It broadened my horizons and enabled me to take more risks.”

Dhashni Naidoo, manager of consumer education at First National Bank, says although she had a firm start with her late father starting a retirement annuity for her 16th birthday, she made the mistake of buying clothes on credit when she started her first job. Another, never-to-be-repeated mistake was to cash in her pension savings when she moved from her first job.

She says while saving is a great discipline, it’s not the same as investing, and she’s learnt to respect and be cautious with money.

For Dr Nolwandle Mgoqi-Mbalo, Head of Short-term Insurance at Standard Bank Insurance, the light went on when she understood that finances were more than budgeting and that retirement planning needs to be a top priority for which you have to save as early as possible.

Where do they invest?

Lukhaimane says she prefers unit trust funds with a steady growth over the long term. She avoids investing in what she does not understand, like forex trading or cryptocurrencies.

Ngwane owns her own home, and has built a small property portfolio. She also consistently saves towards her retirement, by, over the years, preserving her retirement savings and continuing to make contributions over and above her occupational retirement fund.

Mgoqi-Mbalo strongly advocates for an emergency fund of three months’ worth of salary for unforeseen life disruptions.

Lukhaimane says her worst money decision was buying a second home when interest rates were high.

For Mpobane it was not fully appreciating the power of compounding sooner. “The more you delay in building your wealth, the greater the distance you must cover to claw back. In attempting to do this, I took unnecessary risks in some of my stock selection. I have since learnt that a ‘steady-eddy’ strategy is the best approach and can still get you there, without the additional risk,” she says.

Ngwane burnt her fingers when she invested for too long in a Worldwide Property Fund “at precisely the wrong time”, while Naidoo counts her worst investment as a notice savings account.

Naidoo says before she understood the difference between savings and investing she would  diligently pour money into the notice account monthly and would even transfer a big portion of any bonuses into this account only to realise later that she could have earned a better return had she used a different product.

Mgoqi-Mbalo avoids making bad investments by doing meticulous due diligence. Taking the time to understand the business and/or entity you choose to invest in is important and that even if it’s not a guarantee, at least you would have explored all your options, she says.

Lukhaimane envisages that one day she will retire comfortably without being a burden to her children and enjoy her golden years with her grandchildren.

Mpobane enjoys spoiling herself within budget. “I kind of have a split approach. If I feel that it is time to spoil myself, I carry out a broader budget that accommodates being a bit spontaneous. In my normal budgeting, I can be quite narrow in terms of ‘spoil’ and do it mostly through travel,” she says.

Ngwane says as long as she finds new ways to service consumers and their personal financial needs, she is also growing in her own personal finance journey to wealth creation.

A firm believer in education, Maluleke gives back through Get me to Graduation, an NGO she founded to assist students who need financial support to live while they are studying. She is also a trustee of the Click Foundation, a distributor of an online solution teaching children to read.

As a parent, Naidoo says there are two lessons she wants her daughter to learn about money. “She needs to understand that money is earned through hard work and that she won’t be able to access it just by asking. I hope to be able to instil in her a sense of discipline about money – how we save and spend – through open conversations about money and by exposing her to the world of finance.”

Mgoqi-Mbalo is passionate about mentorship and takes part in a number of programmes geared towards the development of “girl children”.

We should celebrate the fact that as women, despite the odds against us, we may actually be doing better than men when it comes to managing our ...
Business
1 year ago

The issues around gender pay go way beyond the right for “equal pay for equal work”.
Business
2 years ago
Next Article