Auctioning of home for a pittance 'unfair', says banking ombud, ordering bank to write off half of the client's R1m debt

The auctioning of a man’s house for a mere R1,000 was a “massive destruction of value” and you have to wonder how the bank could allow this to happen, says a legal expert. 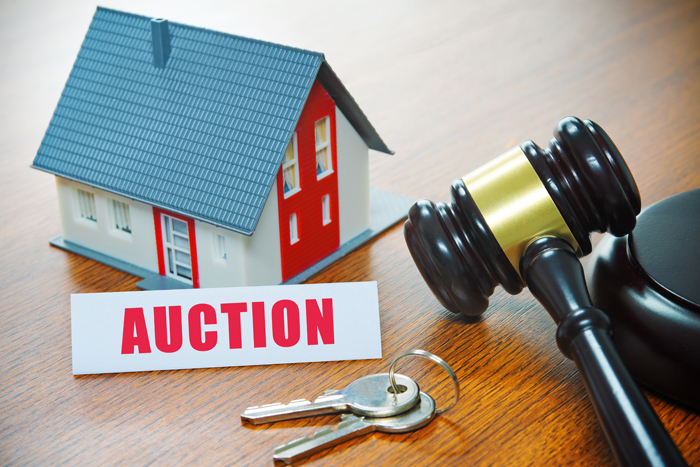 Homeowners struggling to keep up with bond payment will no longer face the indignity of losing their houses at an auction for small amounts which will extend their indebtedness to the bank. Picture: 123RF/ALEXANDER RATHS

The auctioning of a man’s house for a mere R1,000 was a “massive destruction of value” that benefited only the speculator who snapped up the property for way less than its actual value.

And you have to wonder how the bank that held the house as security against a R1-million loan, could allow this to happen, legal consultant and consumer credit law expert Leonard Benjamin says.

The case, which resulted in the homeowner losing his home and being saddled with a huge debt, was the subject of a complaint to the Ombudsman for Banking Services outlined in the ombudsman’s latest annual report.

The ombudsman found the auctioning of the property for R1,000 “was neither fair nor reasonable” and ordered the bank to relieve the man of half his debt, but left him to pay off the remaining R500,000.

The homeowner had lost his job and could no longer pay his bond, according to the ombudsman’s report.

His bank, which is not named, tried to help him sell the property so he could repay the R1,037,371 he owed. Although he received offers of R1.2m and R1.3m, the prospective buyers couldn’t get finance.

The bank took the man to court and the court issued an order authorising the bank to sell his home on auction.

Unfortunately for the homeowner, this all happened before December 2017, when the law changed. Since then, the courts have had to set a reserve price when a bank auctions a property that is the customer’s primary residence (home).

This rule was introduced to stop homes being auctioned for a pittance, only for them to be resold for huge profits, but as the ombud noted, it won’t necessarily result in you, as homeowner, being left with no debt.

While the bank didn’t do anything unlawful when selling the property, the ombud said it had to consider what was fair and the subsequent change in the law, the ombud’s report says.

The ombud’s office therefore suggested that the bank write off 50% of the amount outstanding on the home loan account. The bank agreed.

The homeowner wanted the bank to write off the full outstanding balance on his home loan, but the ombud said this wouldn’t be fair and reasonable because the man had agreed to repay the amount the bank lent him.

Benjamin says that while the ombud’s office probably did the best it could in the circumstances, he would have expected it “important to ascertain who was fortunate enough to ‘buy’ the property for a steal, what they then did with the property, and why the bank was happy to lose its security for essentially nothing”.

In cases, going back as far as 2000, banks were supposedly “buying” execution properties for next to nothing and then on-selling them in what one judge described as “simulated transactions”, Benjamin says.

He says banks were also known to credit what they determined was a fair market value to the bond account and to take any surplus as legal costs.

“The banks have collectively never been called to account for this, although the class action that has recently been launched is an attempt to obtain financial redress for wronged consumers,” he says.

Benjamin says while the rule on setting a reserve price addresses some of these abuses, in most cases the banks will still get more from the sale and the debtor will lose their home.

He says the case before the ombud highlights the need for debtors to oppose these matters, even if they are behind with payments.

“The court is obliged to consider all relevant circumstances before granting an order that will allow the bank to sell the debtor’s home to recover its debt.

“The court must also consider whether there are alternatives available for the bank to recover its debt, other than selling the debtor’s home.

“In most cases, the court only has the information presented to it by the bank when it makes the decision and it is naive to think that the bank will present a balanced and fair picture to the court.

“This makes it imperative for consumers to address the court, either personally or by filing an affidavit. The debtor must tell the judge why they fell into arrears, their personal and family circumstances and their financial ability to pay the monthly repayments,” he says.

How to ensure you get your rental deposit back

When a landlord deducts money from your deposit, know your rights.
Business
2 years ago

If you’ve had to take a pay cut, you may be feeling hopeless, especially if you were living frugally before your wages or salary was slashed. But ...
Business
2 years ago

Two precedent-setting High Court judgments have sent a loud signal to the credit industry that they will no longer allow sales in execution (where a ...
Business
3 years ago
Next Article