Can a garnishee order be put on hold?

In the event of retrenchment, understand how it might impact debt that you were paying via deductions from your salary. 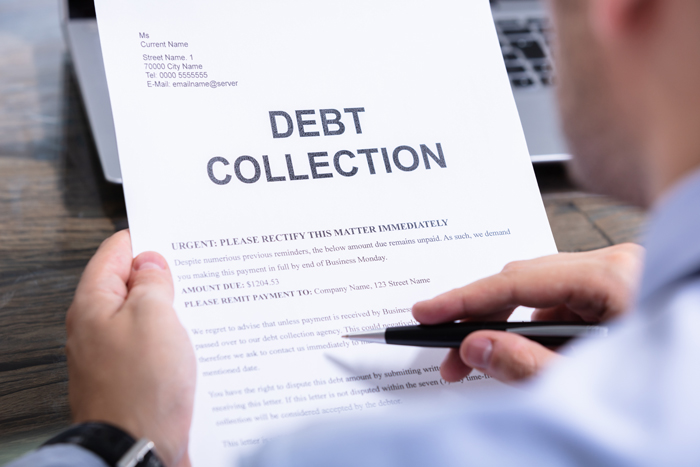 If deductions were being made from your salary to pay off your debts and you get retrenched, be aware of your rights when it comes to that debt.

Emoluments attachment orders (EAOs) – or garnishee orders, as EAOs are commonly referred to, are court orders compelling your employer to deduct amounts you owe your creditors from your salary.

These orders are granted when creditors obtain judgment against you because you have failed to make the agreed repayments. Failure to pay in line with the order places you in breach of a court order.

But if you have no salary that can be attached, what does that mean for you?

Kabelo Teme, a spokesperson for the Credit Ombud, says an inability to pay your monthly instalments as per the EAO, even if you’ve been retrenched, doesn’t absolve you of your obligation to pay.

She says you could draw up a new budget based on income from a retrenchment package or any available savings.

But Clark Gardner, the chief executive of financial wellness company Summit Financial Partners, says debtors should not use their severance, retirement or leave pay to pay off their EAO “because this money is needed for survival”.

He says you should rather wait until you’re employed again. “Reemployment is not guaranteed in these uncertain times and debtors should keep their [severance] funds for survival purposes,” he says.

Gardner says he expects the economy will remain bad for some time as it did during the Great Depression in 1929 and debtors who are retrenched must be very careful with any severance pay to ensure they survive as it may be many, many months before they are re-employed.

“Credit providers have deep pockets and can withstand bad debts via wealthy shareholders and Reserve Bank bailouts, but consumers will get little to nothing.

“After many years of lobbying and legal battles, the consumer is most protected against debt judgments, warrants of execution and EAOs, and so it will be easy to defend consumers who have been retrenched and cannot afford their debts and EAOs,” he says.

Gardner encourages consumers with EAOs who are being harassed by creditors to reach out to entities like Summit for help.

Both Teme and Gardner say that the first thing you should do when you get retrenched is check whether you have credit insurance covering your debts.

Gardner says most unsecured credit agreements have credit life insurance. Since August 2017 insurers have been required to include retrenchment benefits in these policies, he says.

Gardner says most consumers who are subject to EAOs are likely to have already run up interest and costs to the maximum legal limit and if this is the case, they will not incur more interest while they are unemployed and not paying.

In December last year, in an application brought by Summit and Stellenbosch Law Clinic, the Western Cape High Court ruled on the meaning of “collection costs” that credit providers, lawyers and debt collectors can, in terms of the National Credit Act, apply to your debt that is in default.

In terms of the judgment, collection costs include legal fees and the most that you can be charged in fees and interest on any debt that you have defaulted on, is double the amount that was outstanding at the time you first defaulted.

But the National Credit Act’s limit on interest, fees and collection costs to double the amount you owed when you stopped paying the debt, makes it highly unlikely that interest will accrue on small balances that make up the majority of debt judgments, Gardner says.

Debts of R20,000 or less usually reach what is called statutory "in duplum" in the first few months when a creditor seeks judgment, he says.

This makes many EAO debts “zero-cost” debts. “The debtor can merely sit tight and await until they are employed again, after which the creditor would transfer the EAO to their new employer,” he says.

Teme says when you find new employment, it’s your duty to inform your creditor/s of your new employer so the EOA can be transferred.

Gardner says you must check whether you are being overcharged in interest and fees and Teme says the credit ombud can assist in you investigating when you have a dispute with your creditor.

If you’re not receiving regular statements from your creditors, ask for one.

Also, remember a creditor can only attach 25% of your gross monthly earnings through an EOA.

The not-so-obvious additional costs and charges associated with pawning and payday loans can result in you paying a lot more for borrowing against ...
Business
1 year ago

When you’re battling to pay your bills, it’s tempting to leave your mail unopened.
Business
1 year ago
Next Article