Double pain for 'thousands' after injury at work

Many injured workers have been left without an income and health workers without compensation months after submitting their claims. 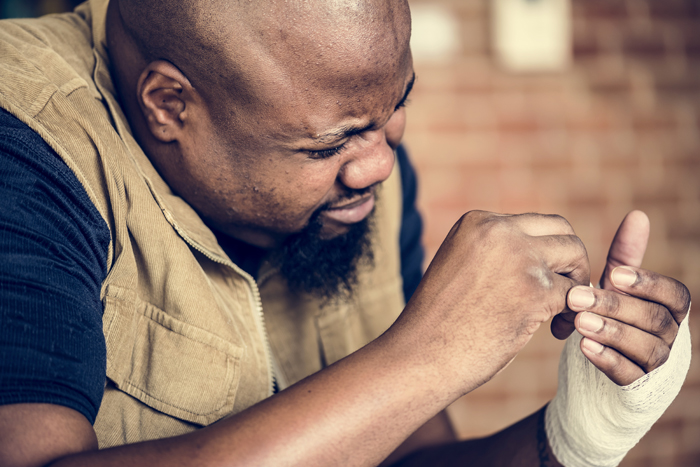 The department of labour has after many months of being asked agreed to meet with stakeholders about hundreds of thousands of injured workers who are allegedly not receiving an income.

The Compensation Fund, run by the department of labour, covers employees against injury, occupational disease and death while on duty.

The Injured Workers Action Group (IWAG) alleges that a new software system, CompEasy, that came online in October last year is faulty and has left many injured workers without an income and health workers without compensation months after submitting their claims.

Fund commissioner Vuyo Mafata agreed to meet the group this month and IWAG has requested that the meeting be set down for soon after the lockdown is lifted. “We await a response,” says Tim Hughes, IWAG spokesperson.

He says while the group is grateful that Mafata agreed to a meeting, it does seem strange that it takes so long. “What could be more important in the commissioner’s life than fixing this issue for workers?” he asks.

Hughes says many employers have not been able to register employees on the new system or make claims. Additionally, there is a huge backlog of unpaid claims from the old system. IWAG estimates there are around 150,000 injured workers waiting for payouts, some of whom have been waiting for years.

Hughes says the compensation fund has suffered from systemic problems for many years – “at least a decade to the best of my knowledge”.

“These relate not only to software systems such as uMehluko, but organisational and administrative issues. These are well-documented by the Auditor General in his reports, to the point where he was quoted as saying that were he not obliged to conduct the audit of the Compensation Fund, he would not do so and would distance himself from it,” Hughes says.

In an open letter to the labour department and the Compensation Fund Commissioner IWAG says: “It is time for you all to collectively stop making excuses, cease sugar-coating the situation and above all, to stop attacking the victims of this monumental systemic breakdown in the compensation fund system.”

Members of IWAG include various medical professional groups such as the South African Medical and Dental Practitioners Association, and Injury on Duty (IOD) account administrators such as CompSol, ColdLink and Medsol Debtors Management, as well as disgruntled and financially struggling injured workers.

IWAG says in its letter that “other organisations representing employers tell us that only 5% of their members have been able to get onto the CompEasy system to date. Furthermore, we are informed that only 2,200 of the estimated 600,000+ employers across SA have been able to register on CompEasy and only 8,000 of the potential 150,000 claims have been registered in the past six months, as per the figures recently provided by the labour department themselves.”

Previously, Mafata has denied that there is anything wrong with the new system and stated that there were simply a few teething issues.

Kempton Park resident Ronnie Rampersad who injured his spine in May last year and is now unable to work, has still not seen a cent of the money owed to him from the fund.

He says he was given a reference number and submitted all his paperwork as required in July last year.

Rampersad says he was told the system was being upgraded. “And that was the excuse from that time right until January this year. I've had no income, absolutely nothing. We've lived on fate and handouts from friends and family.”

Hughes says the Compensation Fund’s annual report states that it takes 60 days from date of claim for an applicant to receive a payout, but in reality, at best it is 60 days from when a fund official starts working on the claim.

Rampersad says he recently visited the fund’s office again only to be told his paperwork was never uploaded and his reference number is non-existent.

“Now I've got a new reference number and they've uploaded all the paperwork from scratch. They told me to check up again in six weeks’ time. But how do we live in that time?” he laments.

A Sowetan Money reader is seeking reasons for the Compensation Fund’s refusal to pay after he was injured on the job.
Business
2 years ago

When we’re young we work hard and play hard, taking risks that people twice our age wouldn’t take.
Business
2 years ago
Next Article