What the 100bps interest rate cut means for you

Use your savings wisely, especially amid the Covid-19 pandemic

If you have a home or car loan, the interest rate cut may put extra rands in your pocket, but experts say paying your bills at the current level will be worth your while. 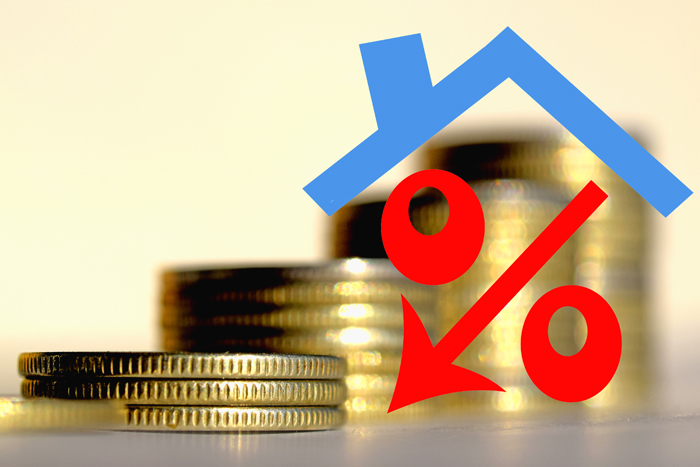 If you have a home or car loan, the interest rate cut by the Reserve Bank may put some additional rands in your wallet - welcome relief in these tough economic times.

However, if you can manage without spending it, it would be wise to keep paying your bills at the current level to reduce your debt and future interest rate payments.

The interest rate cut announcement on Thursday was a breath of fresh air in a world gone mad as the spreading coronavirus disrupts businesses and financial markets.

The latest move means that borrowers will benefit from a one percentage point (100 basis point) drop in interest rates effective from yesterday, as the repo rate drops to 5.25% and the prime rate to 8.75%.

“As we find ourselves in the midst of worldwide health and financial turmoil, the Reserve Bank has taken the bold step to lower borrowing costs while keeping an eye on risks to our economy,” First National Bank CEO Jacques Celliers says.

“Domestically, we are faced with slow growth, faltering business confidence and the possibility of a ratings downgrade. At the same time, our economy is swept along by external forces such as the real fear that the Covid-19 concerns are curtailing both domestic and international growth.”

The rate-cut relief may be supplemented by a petrol price cut. Stanlib chief economist Kevin Lings told the Investment Forum this week that he expects a R1.75 a litre reduction in the price next month.

So what does the interest rate cut mean for you?

1. For your loan repayments

National bond originator, Bondspark, says that the savings associated with the recent repo rate cut, should not be squandered.

CEO, Marcél du Toit, advises bondholders to, where possible, keep the bond amount at its original amount and opt to pay the debt off more quickly: “While we acknowledge that for some the debt reprieve is much needed, we are urging those customers who can save, to act wisely. One idea is to save the amount by keeping the bond repayment amount the same.”

Based on a one percentage point cut in interest rates your savings will look like this (see table): 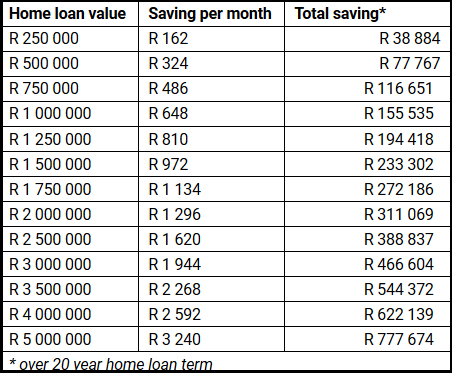 Lebogang Gaoaketse, head of marketing and communication at Wesbank, says that on a car loan of R312,000 financed over 72 months at an interest rate of 10.75%, you would now pay an instalment of approximately R6,000.

“The impact of the rate cut will reduce the instalment by approximately R170 a month. Over the 72-month contract period (should the interest rate stay the same), the rate cut would equate to a reduction of R12,240 in interest payable,” he says.

Francois Viviers, executive of marketing and communications of Capitec, says this is an ideal opportunity to re-evaluate your financial goals and take control of your money. He suggests that, if your finances permit, you continue to pay off your debt as if the interest-rate change had not taken place.

“Paying off a loan faster means that you’ll save on the amount spent on interest. Pay off credit with higher interest rates first. Store and credit cards often have high interest rates when compared to other loans,” he says.

Paying extra into your home loan will also cushion you against financial shocks that may come later as the shock to the economy takes effect.

John Manyike, head of financial education at Old Mutual, warns that the household income of consumers working in industries that are significantly affected by the coronavirus, such as tourism, hospitality, entertainment, restaurants and malls, could be negatively affected.

Viviers says another good thing to do with savings from the interest-rate cut is to start a much-needed emergency savings fund. Ideally, you should have at least enough to cover three months’ expenses, which will protects you from dipping back into debt each time there is an unexpected expense.

Unfortunately, investor, and particularly pensioners, who invested in cash and are relying on interest to grow their savings from which they are drawing a pension, will take a knock. Banks are likely to reduce their savings rates, although TymeBank’s chief strategy officer, Greg Illner, says the bank will hold interest rates on personal saving accounts at 10%, despite the interest rate cut.

“In uncertain times,” he says, “we want our customers to have peace of mind, knowing they will still be consistently earning the best interest rates on their savings for the next three months at least.”

The outlook for further cuts

Johann Els, head of economic research at Old Mutual, says SA’s GDP growth could go deeper into negative territory in 2020 than the -1.5% recorded in 2009 during the global financial crisis. “My preliminary, real GDP forecast is closer to -2.0% for 2020 with headline inflation forecast at 3.5% for 2020. That is significantly weaker than the Reserve Bank’s -0.2%.”

Els says that, looking ahead, he believes there is room for more rate cuts over the next few quarters as inflation and growth will likely both surprise on the downside relative to the Bank’s forecasts.

Another rate cut may help counter the economic effects of the virus.

Isaah Mhlanga, the executive chief economist at Alexander Forbes, says that in the first stage of the coronavirus, the economy is disrupted. In the second stage, where we are now, the markets are subject to disruption, pockets of illiquidity, and stress selling.

If you are invested in a diversified investment, as your retirement money is, the diversification should give you a little protection from the market falls, Mhlanga says.

When markets are falling, in other words in a short-term downward move, you can look forward to buying a greater stake in your investment portfolio for the same rand contribution or investment, he says. This may lead to better investment returns in future because it may be a good time to invest.

If you are investing for retirement it is for the long term and, therefore, the impact of any short-term shocks will likely be recovered, Mhlanga says, adding to not let fear take flight and let your emotions get in the way of long-term investment success.

A key ingredient in any savings journey is understanding and clearly defining what it is you are saving for and how much you are saving. This is your ...
Business
2 years ago

A recent conference for financial advisers has pinned the ideal age to start saving for retirement at 23.
Business
2 years ago
Next Article