Furniture store levies fee even on cellphones and laptops

Lewis Stores has been left with a bloodied nose after thinking it could justify charging a delivery fee to all customers who take out credit for the first time. 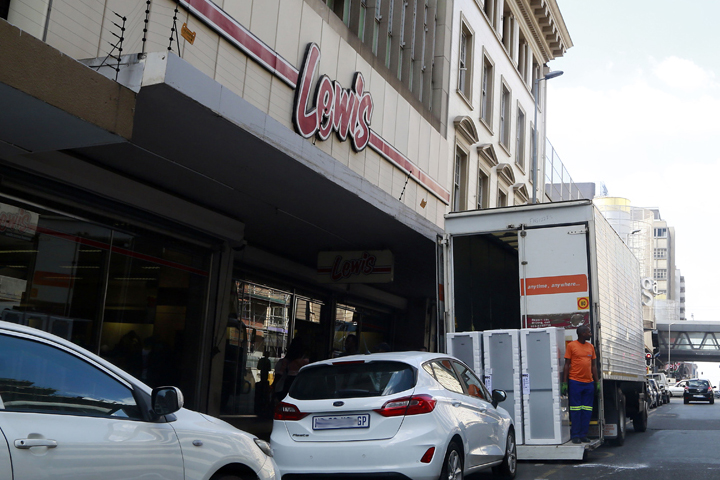 If found guilty of breaching the National Credit Act, Lewis could face a fine and be ordered to refund customers who paid the delivery fee. Picture: SEBABATSO MOSAMO

A furniture store shouldn’t charge you a delivery fee when you don’t need to have goods delivered and even if you do need them delivered, you have the right to choose who delivers for you, the National Credit Act says.

Lewis Stores thought it could justify charging all its customers who take out credit for the first time a delivery fee, but has been left with a bloodied nose after trying – and failing – in the Gauteng High Court to stop a complaint against it from being heard.

Summit, a company that offers financial wellness services to employers, lodged the complaint against Lewis in 2016.

Summit complained to the National Credit Regulator (NCR) that Lewis was charging a compulsory delivery fee when consumers took out credit for the first time, even in instances where you bought a cell phone or laptop which the company didn’t need to deliver.

Summit said in its complaint that consumers who bought on credit were being discriminated against by being charged a delivery fee when cash customers were not. It also alleged that Lewis was charging delivery fees in excess of fair market value.

The Act also says that a credit provider can’t force you to use its delivery service when you need one,  nor can it charge you more than the fair market value of the service that it renders to you.

But instead of accepting its complaint, the NCR dismissed it. It issued Summit with a “notice of non-referral” - a notice sent to complainants when the regulator considers the complaint frivolous, vexatious or one that fails to make a case for something that can be addressed under the NCA.

This notice gave Summit the right to take its complaint directly to the National Consumer Tribunal, the forum that hears complaints about contraventions of the National Credit Act.

The tribunal decided it would consider Summit’s complaint. To stop this process from going ahead, Lewis launched a high court application to appeal the tribunal’s decision to hear the complaint.

Lewis argued that Summit had no legal standing to lodge the complaint and no reasonable prospects of success.

And she didn’t care for the furniture store’s argument that the delivery fee was not compulsory because first-time consumers had a choice as to whether or not they want to enter into a contract with the retailer. She said in her judgment that Lewis’s argument was “misconceived”.

By implication, the NCR too got it wrong, according to the judgment, as the NCR “confirmed that it was compulsory for all first-time credit consumers to pay the delivery fee”. The regulator apparently bought Lewis’s argument that it was justified in charging the fee because it helped the furniture store to know where the goods were going and to mitigate the risk it took in giving credit.

The judge said this “ignores the protection” the National Credit Act affords you. She said when the tribunal hears the complaints, it will provide clarity on this practice of charging compulsory delivery fees and exactly what the Act says about Lewis’s conduct.

Judge Molefe dismissed Lewis’s appeal and ordered it to pay Summit’s legal fees, including the cost of two counsel.

If found guilty of breaching the Act, Lewis could face a fine and be ordered to refund customers who paid the delivery fee.

In May last year, Lewis, in an deal with the National Credit Regulator, agreed to pay a fine of R5 million and to refund customers R67.7m after it admitted it had “mistakenly sold” unemployment insurance to pensioners and self-employed customers.

Lewis plans to petition the Supreme Court of Appeal for leave to appeal the high court judgment, Ryan Lepart, the head of legal service at Lewis Stores told Money.

The National Credit Act allows for a credit provider to temporarily increase your credit limit in response to a request from you, and it seems it ...
Business
3 years ago

If you're a member of a club linked to your Edgars account or to any other retailer that gives you credit, you may be confused as to whether the ...
Business
3 years ago

Most consumers who have credit life insurance don't know what it is, what it costs them, or where to find their credit life policy.
Business
4 years ago
Next Article