How Naspers unbundling will hit investors

Index tracker funds, in particular, will be affected by the change in weighting in the FTSE/JSE all-share index

The listing of Prosus, the new company that holds the international online assets of Naspers, will have a significant impact on investors as key, commonly used indices are set to change. 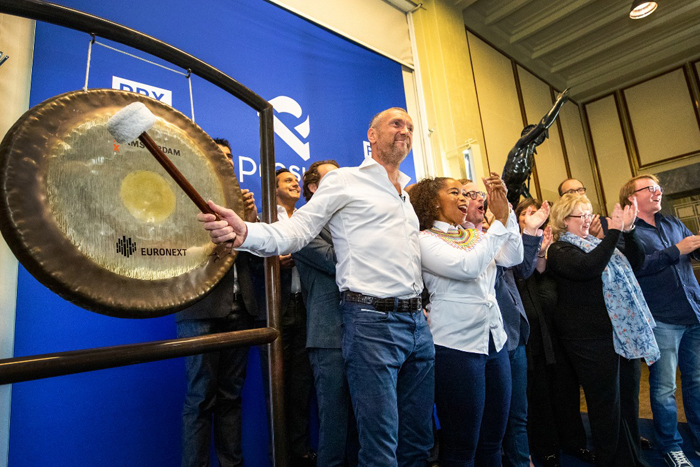 The recent listing of Prosus, the new company that holds the international online assets of SA media and internet group Naspers, will have a significant impact on investors as key, commonly used indices are set to change.

The new listing is the latest step in the unbundling of Naspers which holds the biggest weight on the FTSE/JSE all-share index, the primary measure of the SA stock market’s performance.

Kyle Hulett, a member of the Investments Committee of the Actuarial Society of SA (ASSA) and Sygnia’s head of asset allocation, says for investors this unbundling could have significant implications for the composition of their portfolios.

With index-tracking portfolios increasing in popularity with investors, they should be aware that any significant changes in the composition of an index will have a direct impact on the performance of their investment portfolio, Hulett says. Index-tracker funds, in particular, will be affected since they track the index very closely while the impact on actively managed portfolios will depend on the actual weightings determined by the portfolio manager, which could deviate significantly from the index weight, he says.

“Since investors are exposed to all the stocks and their weightings in the index, any changes are likely to impact on volatility and performance,” Hulett says. “A portfolio’s benchmark determines the nature and composition of an investment portfolio and also how it can be expected to perform over time.

“Different benchmarks will behave differently depending on their composition. Selecting an inappropriate benchmark can therefore have a significant impact on the volatility experienced, and the returns achieved by the portfolio.”

Since investors are exposed to all the stocks and their weightings in the FTSE/JSE all-share index, any changes are likely to impact on volatility and performance.

Both institutional investors, such as retirement funds, and individual investors should also consider the impact of the unbundling of Naspers on the various indices that are commonly used, he says.

Retirement fund trustees must take into consideration that the unbundling of Naspers and the listing of Prosus has led to an increased exposure to the overall Naspers stable from 10% to 13.7% in the FTSE/JSE capped shareholder weighted index (swix) all-share index. This is the most common benchmark used by SA retirement funds and was introduced with the specific aim of reducing the weight of a single share, namely Naspers, to avoid excessive concentration, Hulett says.

He adds that it is important for investors to consider concentration risk, because a concentrated exposure to a single share heightens the risk of a company-specific issue adversely affecting the value of that share resulting in an outsized effect on the portfolio. “It’s about the old investment adage of not having too many eggs in one basket.”

Given the reason for creating the capped swix all-share index in the first place, namely to avoid excessive weight in a single share, this return to a higher weighting is not ideal, although it is still below the full uncapped swix weighting by Naspers and Prosus of 22.5%.

The uncapped swix now has a 9% higher allocation to the Naspers stable than the capped swix, down from 16% before, he says.

For investors referencing the capped swix all-share index, the unbundling has resulted in higher exposure of almost 4% to Chinese stocks via Prosus. Investors looking for increased offshore diversification will benefit from this change but investors concerned about balancing local and offshore assets because their expenses are in rand, need to be aware of the additional offshore exposure, he says.

The preferred benchmark for foreign investors into SA, the MSCI SA index, has seen its Naspers weight shrink from 34% to 25%. Prosus is excluded from the index as MSCI, the benchmark provider, only considers companies with a primary listing in SA. Hulett points out that the unbundling of Naspers therefore reduced the concentration of Naspers in this index.

The JSE introduced the FTSE/JSE swix all-share index suite in 2004.

Hulett says the Naspers unbundling has resulted in the swix experiencing a small reduction in the overall weight of the Naspers stable. Instead of one company at 26.2% of the index, there are now two: Naspers at about 19.2% and Prosus at about 3.3%.

“The index weight of Prosus is smaller as a portion of the shareholders do not hold their shares on the JSE share registry, Strate. This reduction was tempered slightly as the unbundled Prosus share jumped nearly 30% on listing day,” he says.

Hulett points out, however, that the combined weighting is still nearly 4% lower than before, totaling 22.5%.

* This article was first published on our sister publication Business Live.

Investing in ETFs a good way to build wealth

Unless you know the share market well and have enough money to buy a stake in a range of shares, choosing your own shares is not an easy option.
Business
3 years ago

Mastering you is probably the most important ingredient in your recipe to financial freedom because without the knowledge and proper mindset.
Business
3 years ago

There are many safe and sound ways to grow small amounts of money over time.
Business
3 years ago
Next Article