Despite criticism of B-BBEE schemes, some shares show good returns

Investors should also have voting rights

Most BEE deals will have a minimum investment amount and lock in period. You must carefully consider this when looking to invest in a BEE share scheme, says a BEE analyst. 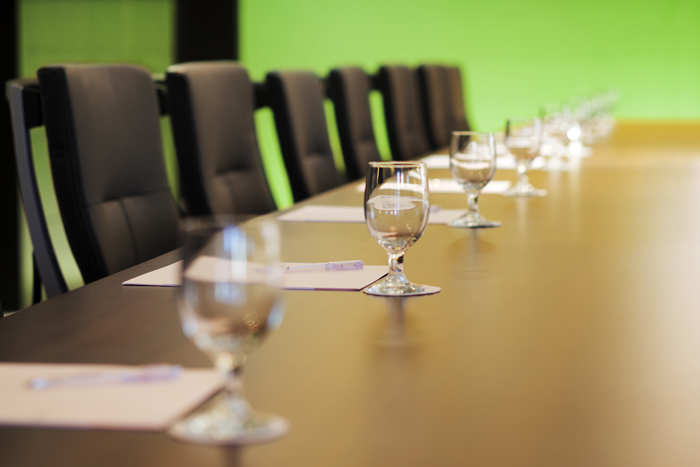 Black people must not only own part of an entity but must also have voting rights, says the B-BBEE Commission. Picture: 123RF/SOPHIE JAMES

“BEE share schemes that were available to the public at large first came into prominence in the mid-2000s. Since then we have had a number of companies offer such schemes to qualifying individuals,” Craig Gradidge, an independent financial adviser at Gradidge-Mahura Investments, says.

However, the lastest findings by the Broad-based BEE Commissioner against mobile operator MTN’s empowerment scheme, Zakhele Futhi, has put the investment case of BEE schemes in the spotlight.

According to the commission, the almost R10-billion scheme launched in 2016 fell short of meeting the objectives of the Empowerment Act due to a number of restrictions placed on black shareholders.

Although holders of Zakhele Futhi shares have a 4% shareholding in the MTN Group, there are currently no Zakhele Futhi board members on MTN’s main board.

“Black people must not only own part of an entity but must also have voting rights. We have to monitor whether black people received an economic interest that is commensurate to their shareholding,” Lindiwe Madonsela, head of compliance at the B-BBEE Commission, says.

Despite some of the harsh realities and criticisms around BEE share schemes, they have offered investors good returns over the long run.

Piet le Roux, CEO of business lobby group, Sekeliga, says the commissioner’s findings will have a ripple effect on other BEE scheme transactions across all industries, as well as how deals are structured in the future.

“Thousands of transactions, including those of JSE-listed companies, have been structured similarly. The risk posed by the findings is therefore not limited to MTN and its shareholders,” he says.

Although Gradidge echoes these sentiments, he argues that BEE schemes are still a good alternative investment and that knowing how a deal is structured is essential for any potential investor.

“Most BEE deals will have a minimum investment amount and lock in period. You must carefully consider this when looking to invest in a BEE share scheme,” adds BEE analyst and commentator, Riaz Gardee.

Before investing in a BEE scheme you should also consider the following:

Gradidge adds that despite some of the harsh realities and criticisms around BEE share schemes, they have offered investors good returns over the long run. 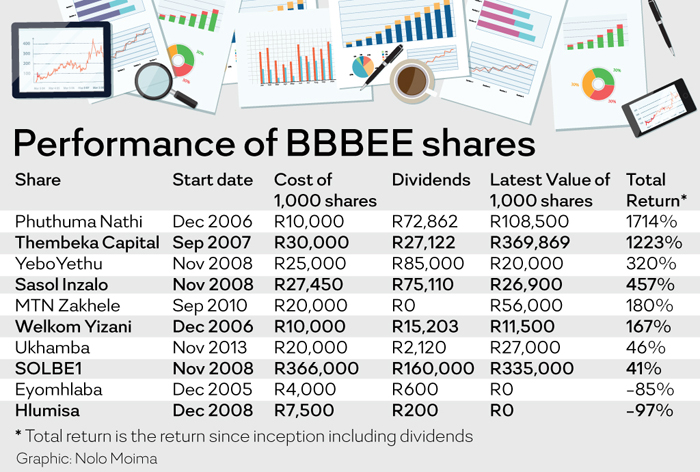 “The table (above) highlights the historical performance of a few BEE investment schemes. It must be noted that although these schemes are launched at a discount offering deep value, the investments are not without risk. But you can see the returns after the lock-in period, the most attractive BEE shares available right now in the market are Sasol’s offering and Vodacom’s Yebo Yethu,” Gradidge says.

He says that while the structural challenges within BEE share schemes is worth noting, he still believes that BEE share schemes offer meaningful wealth creation opportunities for many previously disadvantaged individuals.

What is also important for you to note as a potential investor is that the size of the BEE deal is not a major concern but rather its potential to create value or potential upside of the scheme, Gardee says.

Avoid being your own worst foe when you’re investing

Common mistakes investors make are switching out of their investments when the market performs poorly or switching fund managers to chase the latest ...
Business
2 years ago

Retail bonds might not be sexy, but they make sense

While retail bonds are risk-free and attract no investment costs or fees of any kind, the interest you earn won’t shoot the lights out, and you won’t ...
Business
2 years ago

A week ago a certain property in Gauteng caught my attention while I was surfing the net.
Business
3 years ago
Next Article