Medical schemes and the high cost of joining late

The Medical Schemes Act allows the application of late-joiner penalties, not only to encourage members to join earlier in life but also to protect existing members, says an industry insider. 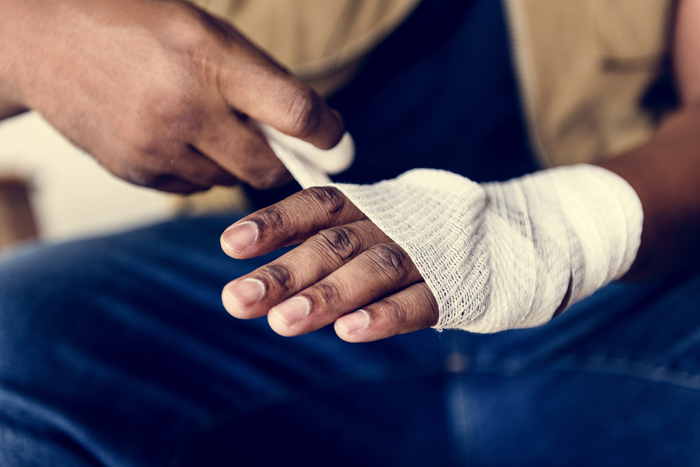 Late-joiner penalties can be as high as 75% of your medical scheme risk contribution — and may apply for the full duration of your scheme membership. Picture: 123RF/

One of the most onerous underwriting tools in the hands of medical schemes is the late-joiner penalty, which can be as high as 75% of your medical scheme risk contribution — and may apply for the full duration of your scheme membership.

Ten years ago, a Cape Town reader and her three siblings wanted to jointly pay for their elderly parents, aged 60 and 61 at the time, to join a medical scheme.

The medical scheme contribution was so high due to the late-joiner penalty that between the four working children it was unaffordable. The parents had not belonged to a medical scheme for about a decade.

According to a report on the provisional findings of the Competition Commission's health market inquiry released last year, it is not clear to the inquiry — nor is it known to stakeholders — whether current legal provisions against adverse selection (waiting periods and late-joiner penalties) offset the financial implications of anti-selection.

Without this knowledge it is difficult to know whether additional steps must be taken to address anti-selection, it stated.

But now the Board of Healthcare Funders of Southern Africa has called for an overhaul of the medical schemes industry after finding that many of the challenges faced by members and schemes are due to inherent system challenges, and that late-joiner penalties are not effective to incentivise medical scheme membership.

Linda van Rensburg, senior consultant at Alexander Forbes Health, says late-joiner penalties may be applied after the age of 35 but do not apply to members or dependants who belonged to a scheme prior to April 1 2001 and who have not had a break in cover of more than three months since this date.

If you were on your parents' medical scheme, previous membership is only taken into account after the age of 21.

The penalties are then calculated according to a table based on the number of years the person was not on a medical scheme after the age of 35.

If you were not a scheme member for between one and four years, a medical scheme may impose a 5% penalty on your contributions.

The corresponding penalty for an absence of membership of between five and 14 years is 25%, according to the published table.

Van Rensburg explains that the penalty applies only to the medical scheme risk premium of the late-joiner and it excludes any contributions you pay towards a medical savings account.

The increased contribution may be applicable for the life of your membership of a scheme.

Medical schemes are, by law, required to maintain a reserve level of 25% of gross contributions, she says.

It is for this reason that the Medical Schemes Act allows the application of late-joiner penalties, not only to encourage members to join earlier in life but also to protect existing members, she says.

What is meant by ‘anti-selection’?

Anti-selection takes place when an insurer or medical scheme faces the probability of loss due to risk not factored in when a policy or membership is taken out, for instance when a member joins a scheme only when they know they need hospital treatment.

It is, however, important to note that the Medical Schemes Act states that a medical scheme "may" apply late-joiner penalties and the medical scheme therefore reserves the right to waive this penalty.

Charlton Murove, head of research at the organisation representing medical schemes and their administrators, the Board of Healthcare Funders of Southern Africa, told the recent 2019 colloquium of the International Actuarial Association in Cape Town that the idea behind late-joiner penalties was to discourage members from delaying membership or to directly encourage joining early.

It was also to assist schemes to recover some costs as a result of delayed membership, he says.

But, according to him, late-joiner penalties may go against social solidarity principles in that members are penalised after the fact, in most instances, when they need the care most.

It would be better to levy a penalty on members who voluntarily choose not to join the scheme even when they are able to join a scheme.

Another issue he has with late-joiner penalties is that they create a barrier to care even when there are valid grounds for not joining a scheme, such as affordability or working overseas.

Late-joiner penalties are a disincentive to membership (specifically for older beneficiaries where these penalties are applicable) and they may not change the behaviour of consumers, he says.

Late-joiner penalties target beneficiaries who have not been members of a scheme but who want to join one, while those who are voluntarily opting out of schemes are not penalised.

Late-joiner penalties are meant to protect schemes and existing members, but the current tables whereby these penalties can be charged do not provide sufficient protection to schemes.

Even when very high penalties are levied, a scheme's membership may not grow, he says.

He attributes the high rates of anti-selection against medical schemes to other structural inefficiencies in the health system.

These inefficiencies include the prescribed minimum benefits that all schemes must provide, the limited access that individuals have to schemes because of affordability constraints, unregulated pricing in the medical sector, complex benefit designs and fragmented risk pools that mean members do not enjoy adequate subsidisation of the old and sick by the scheme's young and healthy members.

Murove has called for a holistic review and reform of the medical schemes industry involving all stakeholders, including the department of health, National Treasury, the National Health Insurance policymakers and the South African Revenue Service.

• The health market inquiry began in January 2014, and was tasked with establishing whether there were barriers to competition in the private health-care sector and impediments to patient access. Its final report and recommendations are expected to be released later this year.

* This article was first published in our sister publication Business Times Money.

People, generally, don't engage until they are confronted with a claim that isn't paid in full, says a medical scheme expert.
Business
3 years ago

As our parents transition into retirement, we find that they are required to live on a very tight budget, often with small CPI-related increases.
Business
3 years ago

Tempting as it may be to access your retirement savings in times of need by cashing in your retirement fund savings, it will make a significant ...
Business
2 years ago
Next Article