From poor to the rich, everyone is taking strain

Money issues a rising source of stress in homes 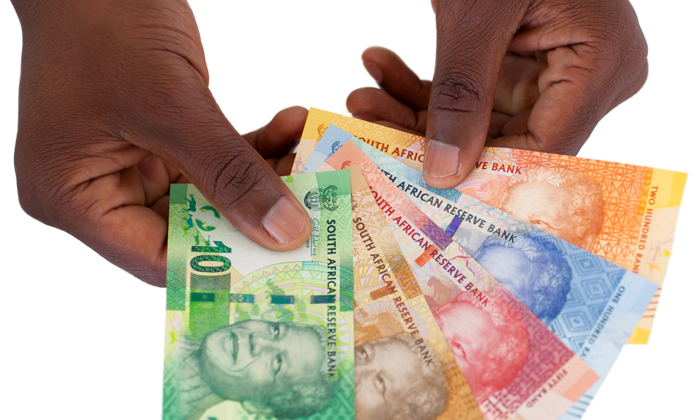 Over the past four years there has been a steady decline in the number of people saving for a rainy day. Picture: 123RF

If money issues are a major source of stress in your home, don’t feel alone. There has been a significant increase, year on year, in the levels of financial stress in households across all income brackets, the latest Old Mutual Savings & Investment Monitor shows.

This year, 50% of all respondents in the annual survey of 1,000 working metropolitan households in South Africa said money was a major source of stress in their homes, compared with 40% of respondents last year.

Households with a monthly income of between R14,000 and R19,999 appear to be taking the most strain, with the percentage of respondents reporting that money was a major stress leaping from 36% last year to 51% this year.

This year’s Savings & Investment Monitor also reflects that over the past four years, there has been a significant decline in households saving for emergencies. This year, only 30% of respondents said they had money set aside for a rainy day, compared with 43% last year. In 2017, 51% of respondents had emergency savings and in the previous year 63% did.

As the hard times bite, there has been a marginal increase in the number of households reporting a high expectation on them to support family members. This number has grown steadily, year on year, from 48% in 2014 to 63% this year.

This year, 31% of respondents described themselves as being in the so-called “sandwich generation” – meaning they are supporting their children as well as their elderly parents. This marks an all-time high and has also been growing since 2011, when 20% of respondents found themselves in this predicament.

No doubt owing to high levels of youth unemployment, more and more 18- to 34-year-olds (an estimated one in two) are living at home with their parents. This number increased from 42% last year to 48% this year.

This year’s survey indicates a higher number of single mothers, with 54% of female respondents describing themselves as such, versus 46% last year. Only 20% of these mothers receive support from the fathers of their children.

But it’s not all doom and gloom. The Savings & Investment Monitor shows members of informal saving schemes – that is, stokvels, burial societies and grocery schemes – are contributing more to these schemes than they were last year.

These schemes are largely unregulated, so there is a risk of theft of funds and usually no chance of recovery of the stolen money. Also, not all stokvels save their money in the bank and therefore members don’t earn interest on their savings.

Lynette Nicolson, a research manager at Old Mutual, says informal savers have proved to be “exceptionally creative and resilient” in making things happen as a community. “I’m always in awe. However, if one looks at it from a financial provisioning point of view, it’s short-term savings.”

We all need medium- and long-term savings – the latter being critical for retirement, because no one can live off a state pension.

Nicolson says her team did “a dip-stick research” to understand why contributions to stokvels had increased so much. “They said two reasons: I could be putting R1,000 a month into a rotating stokvel and getting, say, R5,000 when it’s my turn. But the value of that R5,000 has decreased [due to inflation] over time, so members are putting in more. In order to do so, they are cutting down on buying at Woollies and opting for cheaper DStv packages. The second reason is that stokvels are increasingly acting as lenders.” Lenders need large sums of money to meet the demand for loans in the market.

SAVINGS MONTH: Use your salary for a bursary and save big on tax

Through a company bursary or scholarship you don’t only open the door to education, but you can stretch your income.
Business
2 years ago

How to save when you don't have money

Here's how to set yourself to be financially free

Savings Month is a great way to help South Africans focus on why we should save and how to do it, ensuring that we take back our power to become ...
SebenzaLIVE
2 years ago
Next Article