Research shows only 41% of stokvels make use of bank accounts

Many of the 820,000 stokvels operating in South Africa do not use a bank account to keep the savings they collect on behalf of an estimated 11-million South Africans. 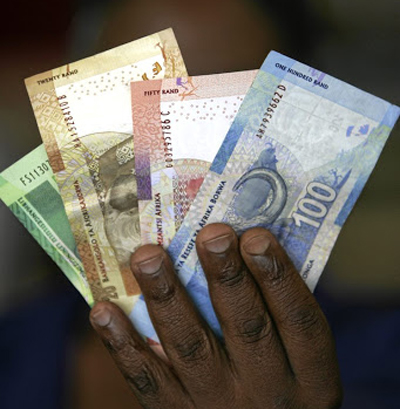 Not using a bank account means the stokvel members lose out on interest. Picture: ANTONIO MUCHAVE

Many of the 820,000 stokvels operating in South Africa do not use a bank account to keep the savings they collect on behalf of an estimated 11-million South Africans.

According to research carried out by African Response, only 41% of stokvels make use of bank accounts.

Not using a bank account means the stokvel members lose out on interest and they risk their savings being stolen or misused by those in charge.

But many stokvels probably think twice about opening a bank account because it isn’t easy to do and because savings in these accounts are subject to bank charges that can be particularly harsh for small savers.

Nedbank did some homework into the problems stokvels face and it hopes that the changes it has introduced will make more stokvels want to use its account.

Sisa Cikido, head of retail investments at Nedbank, says stokvels can now use its Pay-As-You-Use (PAYU) bank account which does not attract any monthly fees for the stokvel account and members can also open one of these accounts.

If the stokvel collects contributions in cash, these can be deposited at a Nedbank ATM without charge, but deposits in a branch will incur charges, Cikido says.

In addition, the stokvel account will earn interest as soon as the members have collectively saved R1,000, starting at 2.5% and going up to 4.3% for amounts above R100,000.

Cikido says another problem stokvels face is that it can take between one-and-half and three hours for the three people chosen to be signatories to open an account at the bank’s branches.

Nedbank therefore now allows the signatories to set up their profiles and that of the stokvel on their cellphones even if they do not have a smartphone. These can be set up using the USSD string *120*001*STOKVEL# (7865835#).

She says it should then take the stokvel leaders only 15 minutes in a branch to complete the process of opening an account by producing the stokvel constitution and the minutes of the meeting where the constitution was adopted.

Nedbank’s research into stokvels revealed that most are grocery stokvels, burial societies and savings stokvels.

The bank’s research shows 57% of stokvel members are women and two-thirds of the grocery stokvels make bulk purchases from various retailers and wholesalers once a year in the last three months of the year.

Cikido says when Nedbank opened its stokvel account in September last year, it offered stokvels that had saved R10,000 as a group by October, a 5% shopping voucher on grocery and school supply purchases at Shoprite and issued R551,000 worth of vouchers.

It also signed up with Edcon so it can offer every single stokvel member a discount of up to 15% of their purchases at Jet, JetMart and CNA.

Another initiative it hopes will attract stokvels that want to offer burial society benefits is funeral cover of R10,000 for every member for a “heavily discounted” premium of R20 a month, Cikido says.

Cikido says the benefit is paid to the stokvel to use to assist members as they see fit and the cover includes repatriation of the body from anywhere in South Africa. If the stokvel signatories have a smartphone, they can add members using the Nedbank MoneyApp.

Nedbank now has more than 3,540 stokvel account holders and 88,900 lives are insured through its burial cover.

Lastly Cikido says Nedbank hopes to encourage stokvels to do more than save for groceries and burials as its research shows only 5% of the market are using stokvels to save to create wealth. It hopes to encourage them to use savings on funeral insurance or from discounts from retailers to save for the longer term and to invest where returns are higher – in fixed deposits or even in investments like unit trusts that are exposed to the share market.

Compare interest rates before borrowing from a stokvel

If you are not a member of the stokvel, it is like borrowing from a loan shark
Opinion
2 years ago

Stokvel like a millionaire: Sky's the limit for Goodfellas club

Stokvels are often set up by groups of individuals who have come together with a common purpose.
Business
3 years ago
Next Article