There are powerful provisions in the National Credit Act aimed at ensuring that a credit provider doesn't abuse its power over you, as a consumer of credit. 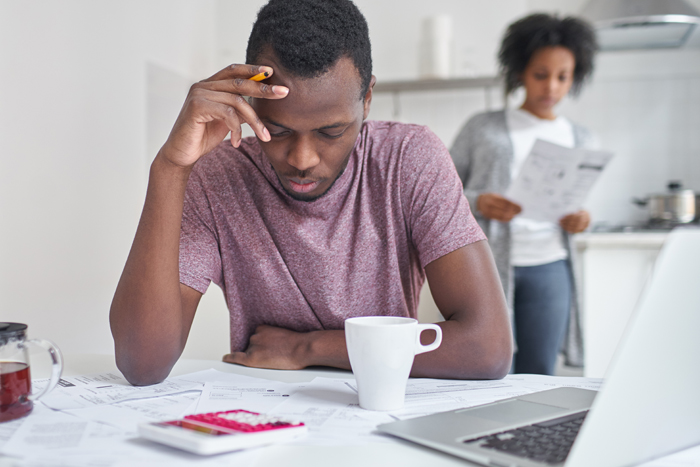 An important right the act provides you with is the right to apply to a court to have a credit agreement declared reckless. Picture: 123RF/DAMIR KHABIROV

The purpose of the National Credit Act (NCA) is to promote a fair and responsible credit market and "to protect consumers". The protection of consumers is central to the purpose of the act, which recognises the imbalance of power between consumers and credit providers.

There are powerful provisions in the act aimed at ensuring that a credit provider doesn't abuse its power over you, as a consumer of credit.

Section 66 says a credit provider "must not, in response to a consumer exercising, asserting or seeking to uphold any right set out in this act or in a credit agreement . take any action to accelerate, enforce, suspend or terminate a credit agreement with the consumer".

An important right the act provides you with is the right to apply to a court to have a credit agreement declared reckless. You may do this when the creditor granted you credit you could not afford, by, for example, overstating your income and understating your expenses. You have the right to have a credit agreement declared reckless irrespective of whether you have opted to go into debt counselling.

If a court declares a credit agreement reckless, it can set aside your obligations in terms of the agreement - in part or in full - or it may restructure your repayment obligations, or temporarily suspend your repayments to the creditor.

The question then is: is it a breach of section 66 if a credit provider were to apply to the high court for summary judgment against you while you are waiting for another court to hear your application to have the credit agreement in question declared reckless?

MFC, a division of Nedbank, doesn't consider this a breach of the section; the vehicle financier did precisely this to a Welkom consumer who had launched an application to have his credit agreement with MFC declared reckless.

What adds insult to injury is that this consumer applied to the dealer to trade in his vehicle for a cheaper model. He claims that on the day he was due to take delivery of the car, the dealer, which acts as an agent of the credit provider, told him his application for the cheaper car had been declined, but that he had been approved for a more recent, more expensive, model.

It was a cunning ploy on the part of MFC to apply for summary judgment. If successful, it would thwart the reckless lending application.

And that's just what happened. The high court granted the summary judgment against the consumer, who had defaulted on his repayments.

The financier must have known a reckless lending application would be futile in a case where the credit agreement had ceased to exist. The agreement was terminated by the summary judgment. And an over-indebted consumer can hardly afford the costs of bringing an application for rescission of a judgment in the high court, where junior counsel cost in the region of R22,000 a day to appear in court.

What about the National Credit Regulator (NCR), you may ask?

The NCR considered this consumer's complaint against MFC "frivolous and/or vexatious". When asked what made the complaint frivolous or vexatious, the regulator's first stab at an answer was: "It was alleged that the credit provider, inconsistent with section 66, proceeded with enforcement despite the consumer having had a reckless lending application pending. We did not evaluate reckless lending."

Whether or not the regulator investigated reckless lending was not the question. When pushed to answer the question, NCR spokesperson Lebogang Selibi said the regulator failed to understand why this question was being asked.

"The NCR has no legal authority to overturn a high court judgment."

Another obscure answer. This from the entity responsible for regulating the credit industry by investigating and ensuring that registered credit providers comply with the NCA.

In law, something is vexatious when it is brought without sufficient grounds for winning, or purely to cause annoyance to the defendant.

Remember that the consumer's complaint to the regulator about MFC was not about reckless lending. It was about the creditor denying the consumer a credit right under the act - in this case to ask a court to determine if the agreement was reckless.

What's interesting is that MFC itself didn't consider the consumer's application for reckless lending vexatious or frivolous. If it had, it could have applied to the magistrate to have the application struck from the roll. Instead, it strenuously opposed the application.

In fact, the credit agreement was excluded from the debt rearrangement order, owing to MFC's vigorous opposition to the consumer's application to go into debt review. The summons for summary judgment relied on the termination notice, and was served well after the reckless credit application was filed.

As a result of the summary judgment, the consumer has had to forfeit all the repayments he made, return the vehicle and pay a cost order, called for by MFC.

Shame on MFC. And shame on the NCR for failing in its duty to investigate.

* This article first appeared in our sister publication Business Times.