Policyholder lost out on R200,000 claim for accidental damage to his car

Consumers are often surprised to learn that insurers can prove reckless driving and reject claims for motor vehicle damage, says the industry watchdog. 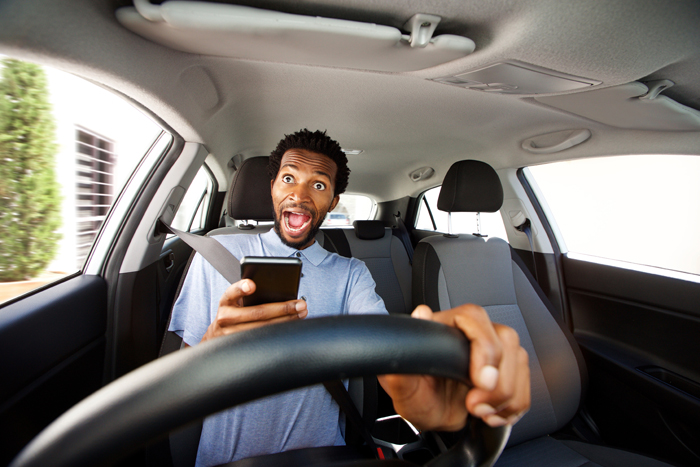 Failure to take due care can entitle an insurer to reject a claim if it can prove that this is what caused the loss or damage to the insured property. 123RF/MICHAEL SIMONS

Claims rejected on the basis of not exercising due care or reckless driving are the biggest gripe among consumers turning to the ombudsman for short-term insurance.

Commenting on a significant increase in motor insurance complaints by policyholders, Edite Teixeira-McKinon, deputy ombudsman, says consumers are often surprised to learn that insurers can prove reckless driving and reject claims for car damage in such instances.

Many policy contracts oblige you, as the insured, to take care to avoid an accident or damage to your goods.

Failure to take due care can entitle an insurer to reject a claim if it can prove that this is what caused the loss or damage to the insured property.

According to the latest annual report of the ombudsman for short-term insurance, complaints over rejected claims because of a lack of due care have increased 48% when compared to 2017.

Teixeira-McKinon says her office has seen a spike in motor claims being rejected by insurers on the basis of reckless behaviour or reckless driving.

She says the insurers back up their claims with either tracking reports that indicate the speed at which the vehicle was travelling just before impact or with reports prepared by accident reconstruction experts appointed by the insurer when they suspect reckless driving is the cause of an accident. Insurers also rely on information from witnesses.

Claims successfully rejected on the basis of a lack of due care or recklessness have huge financial implications for consumers.

To succeed with a rejection, all the insurer needs to show is that on the balance of probabilities the conduct of the insured driver was reckless - and not beyond a reasonable doubt, which is the criminal burden of proof.

Unless policyholders can come forward with expert evidence to challenge the findings of the insurer's expert, the ombudsman has no choice but to uphold the rejection of such claims, she says.

Having an accident while travelling at excessive speed can result in extensive damage to a vehicle compared to the damage caused when somebody is travelling within or at the speed limit, she says.

Driving under the influence of alcohol is a different exception to cover in policies, but an insurer may, depending on the circumstances of the accident, also reject these claims on the basis of a lack of due care - acting with due care being an obligation imposed on policyholders in their contracts.

In one case, the driver of a vehicle drove straight over the island in a traffic circle and hit a wall on the other side. The insurer suspected the driver was drunk but because it did not have sufficient evidence to reject the claim on this ground, it rejected the claim for damages on the basis of a lack of due care.

Teixeira-McKinon warned motorists not to drive recklessly because they face being responsible for expensive repairs to their own motor vehicle as well as paying for the damages to the home or vehicle of third parties.

Claims successfully rejected on the basis of a lack of due care or recklessness have huge financial implications for consumers, she says.

Complaints relating to insurers rejecting claims because of drunk driving decreased by 15% last year compared with the previous year, according to the annual report.

But, the report notes, driving under the influence remains a very real problem for the insurance industry and the ombudsman's office cautions consumers that their claims may be rejected and justified on circumstantial evidence, even if they have not been tested for alcohol consumption or convicted of a criminal offence in relation to the incident.

Car insurance disputes comprised almost half of the about 9,800 formal complaints, according to the 2018 annual report of the ombud.
Business
3 years ago

In an actual case handled by the ombudsman for short-term insurance last year, reckless behaviour caused by driving a vehicle further away from an accident scene - with the aim of reaching a service station - caused a policyholder to lose out on a R200,000 claim for accidental damage to his vehicle.

Mr B was involved in an accident on Johannesburg’s Jan Smuts Drive at around 6pm in August last year after he swerved to avoid a large pothole in the road and collided into a road divider.

His car came to a standstill just after a sharp bend in the road and to avoid the chance of other vehicles crashing into him and in the interests of his own safety in an area he described as well-known for smash and grab incidents, he decided to drive to a nearby service station. He drove the vehicle a further 800m from the collision site when the engine stalled.

The insurance assessor’s report stated that the engine sump was damaged as a direct result of impact from the collision and this portion of Mr B’s claim of around R66,000 was authorised. However, the report also stated that the vehicle sustained engine damage of more than R200,000. This was due to the engine that seized as a result of the vehicle being driven without engine oil after the collision. The damage to the vehicle’s sump had resulted in a loss of engine oil.

The assessor said the loss of oil pressure would have been immediately indicated on the vehicle’s dashboard’s oil pressure warning light to alert the driver to turn off the engine to prevent any further damage.

Mr B had confirmed that he noticed a number of warning lights on the vehicle’s dashboard and the vehicle was not responding well after the collision but drove on in the interests of safety. He said he was unaware there may have been an oil leak which could cause major damage.

The insurer rejected the R200,000 claim for the engine damage on the basis that Mr B had a duty to take reasonable care to prevent further damage to the vehicle after the collision.

The Ombudsman upheld the insurer’s decision.

Driving a vehicle from the accident was not in itself an indication of recklessness, and whether Mr B was aware that the engine was leaking oil, was immaterial to the case, the Ombudman, Deanne Wood, said in the ruling.

It is a well-known fact that a vehicle is in danger of major mechanical damage when it displays a warning light on its instrument cluster. A driver is expected to familiarise himself with the essential aspects of a vehicle’s manual. At the very least, a reasonable person would know to stop the vehicle and switch off the engine, she said.

When Mr B continued to operate the vehicle, he courted the danger of a separate cause of damage, which amounts to recklessness, she added.

Finance your car with the future value secured

Vehicle financing that caters for the depreciation of your car is gaining popularity as consumers seek more affordable monthly repayments that avoid ...
Business
3 years ago

The sheriff or deputy sheriff must serve or execute all documents issued by our courts.
Business
4 years ago
Next Article