#Budget19matters: What the 2019 budget speech means for the average South African

From more money for education to a grant for first-time homeowners, here’s a breakdown of what matters to you in the 2019 budget speech 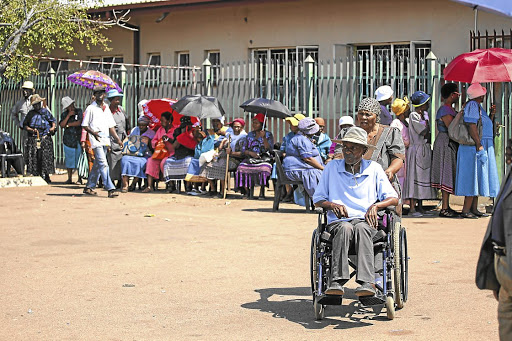 In his 2019 budget speech at the National Assembly in Cape Town on Wednesday February 20, finance minister Tito Mboweni said that although SA was facing a tough fiscal year, there was room for growth.

“It will not be easy. There are no quick fixes. But our nation is ready for renewal. We are ready to plant the seeds of our future,” he said.

The expected economic growth for 2018 is still at 0.7% as outlined in the 2018 medium-term budget policy statement, despite the 2018 technical recession. Real gross domestic growth in 2019 is expected to rise to 1.5% and strengthen moderately to 2.1% in 2021. But what does this mean for the South African taxpayer?

Listen to further analysis of the budget here:

Here are some of the highlights of the 2019 budget speech:

A grant for first-time homeowners

The government has set aside money to help people buy homes, support land reform and transfer deeds. Mboweni announced a new “Our Help to Buy” subsidy, which will receive R950m over three years. Tweeting for Metropolitan, economist Xhanti Payi said the pilot would support first-time home buyers and was also meant to “help people build assets and wealth”. This initiative, in particular, is extremely important to the ongoing growth and stability of a developing country.

A renewed focus on education

More than R30bn has been allocated to build new schools and maintain school infrastructure, as well as R2.8bn to replace pit latrines at more than 2,400 schools.

In tertiary education, R111.2bn has been allocated to help 2.8m students from poor and working-class families obtain qualifications at universities and technical and vocational education and training (TVET) colleges.

The government is also rolling out a maths and science grant, while the governor of the Reserve Bank is driving an ambitious fintech programme in an attempt to prepare South Africans for the Fourth Industrial Revolution.

Increase in payments of social grants

The minister announced small increases in old-age, disability, war-veteran, care-dependency and foster grants (R80). The child support grant will increase to R420 in April and to R430 in October. Payi said an increase in social grants would help contribute to economic activity, as more people would have money to spend on the things they need – especially in townships.

“We need to free our entrepreneurs from stifling regulations and complicated taxes,” Mboweni said. To support small business, the government has allocated R481.6m to the Small Enterprise Development Agency to expand the small-business incubation programme.

State-owned entity restructure but no bail-out

“I want to make it clear: the national government is not taking on Eskom’s debt [now at R422bn]. Eskom took on the debt. It must ultimately repay it.  We are setting aside R23bn a year to financially support Eskom during its reconfiguration.”

The minister said the “fiscal support is conditional on an independent chief reorganisation officer being jointly appointed by the ministers of finance and public enterprises” and explained the government would divide the state-owned entity into three independent components.

Carbon tax will come into effect from June 1 2019. This means South Africans and companies will pay tax for polluting the environment, Payi said.

Fuel levies will increase by 29c per litre for petrol and 30c per litre for diesel. Etienne le Roux, Metropolitan’s chief financial officer, said a change in fuel price affected “everything from people’s mobility and ability to get to work to the cost of manufacturing” and that “volatility in fuel costs is a deterrent to the systemic benefits that are possible if only the cost of fuel and transport could be stable and sustainably lower”.

From April 1 2019, white bread flour, cake flour and sanitary pads will not carry value-added tax (VAT). Nicolette Mashile, media personality and financial consumer education activist, tweeted at the Metropolitan event: “As a female who is well aware of the costs of sanitary pads, this really brings a smile to my face. The budget comes across very market specific and this is a win for the consumer.”

After the Metropolitan budget speech viewing, influencers weighed in on the effect of the speech. Payi called it a “rethinking budget [...] rethinking how we structure the public service. [It’s] rethinking the support of state-owned enterprises, and even rethinking education for the Fourth Industrial Revolution.”

Maya Fisher-French, financial consumer educator, said: “Overall the budget speech has a lot of out-of-the-box ideas. If we can consolidate the spending, improve tax morality and allow the ideas to be implemented, we could see the renewal and growth we desperately need.”

During the budget speech, analysts, journalists and finance gurus used the hashtag #Budget19matters to share their thoughts.

We are here with our industry experts @XhantiPayi, @Annawriter_ and @ImcocoMash who will be helping us unpack the #Budget2019 for you. Will you be joining the conversation? #Budget19Matters pic.twitter.com/f3d6QlFjPv

This article was paid for by Metropolitan.