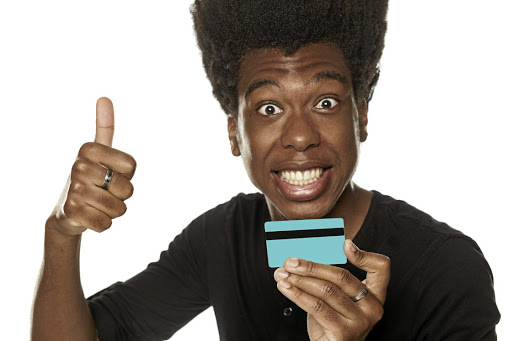 That's the reality for a large segment of the student population. The last thing they need is high bank fees eating away at what little money they have. The good news is the banks are coming to the party.

At the beginning of the year, Nedbank relaunched its student account - Unlocked.ME - slashing the R20 monthly fee and adding a range of extras to further sweeten the deal.

These extras include 100MB of data, a R30 voucher from Burger King, Nando's or Debonairs, a R20 Taxify voucher and 2-for-1 popcorn at Nu-Metro, every month.

To score all four extras, the customer must use their Unlocked. ME student account five times a month i.e. swipe their card at a point of sale, draw cash, make a prepaid purchase or send-Imali.

Get your bank fees back in airtime

Students with Absa Student Silver accounts also get 100MB of data a month, a 30% discount on their gym fees and food vouchers, provided they complete at least five debit or credit transactions a month, of which at least two must be prepaid transactions.

Mutsa Chironga, the managing executive for consumer banking at Nedbank, says that the zero-maintenance fee is a first in the student market and customers who use the account for card transactions only, won't pay any fees at all.

While the traditional banks try to woo students with specialty accounts like Nedbank's, Capitec, which is "segment agnostic" and still offers just one account, was the bank of choice among respondents in the 2018 Publisher Audience Measurement Survey.

When asked which bank they regard as their "main bank", most consumers aged 18 to 34 said they banked with Capitec.

Tyme Bank, which launched this year, and Bank Zero, which is due to launch in the middle of the year, are also taking a segment agnostic approach.

But Chironga says Nedbank will stick to its strategy, offering value propositions relevant to customers in the various markets.

He says the bank has identified three main needs unique to the student market.

"They're at a life stage where they're preparing for their future career and have a lot of anxiety around the future.

They value advice and support when researching careers, gaining access to internships, writing a CV or preparing for an interview."

To meet these needs, the bank has created a portal to give students career guidance and partnered with a digital jobs agency which lists up to 500 jobs online.

Chironga explains: "Students can enter their matric grades into the portal which will tell them what you can study with those grades and the career paths open to them."

Since money management is a big need among students - who either have very little money to manage or are having to work with large sums of money, such as student loans or rent, for the first time - the Unlocked.ME website provides a much-needed resource to students looking for advice.

Perhaps it's Tyme to switch banks

Competition for your custom is fierce with new banks on the block and existing banks trying to up their game.
Business
3 years ago

"Finally, students have unique lifestyle needs. One of the first things you need at university is a computer."

"Since the launch of the account, our sales to students are up 25% on what they were in January last year. That's telling us this product is resonating more than what we were offering last year. We're very encouraged."

South Africa is facing a big challenge with youth unemployment and the future depends on unlocking their potential, Chironga says.