Mineworkers fund takes 13 years to pay family of a worker 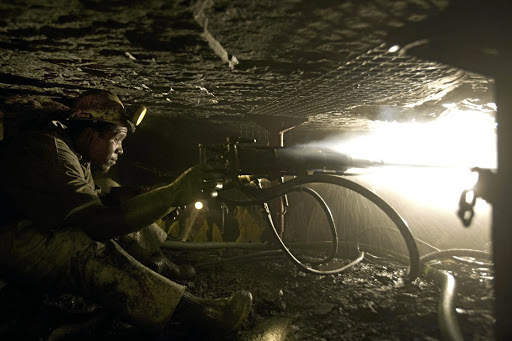 Mine work is hard and dangerous. A miner's savings in a pension fund can provide for their families in the event of their death before retirement. / Nadine Hutton/Bloomberg via Getty Images

Pension funds adjudicator Muvhango Lukhaimane has lashed out at the Mineworkers Provident Fund for sitting on a deceased fund member's savings for almost 13 years while his life partner and child had to make do without any pay-outs from the fund.

When contacted by the partner of the deceased, the fund hid behind prescription as a defence. Prescription is when a debt or obligation is extinguished after a period of time.

Lukhaimane was scathing about this in her 2017/18 annual report, calling the fund "dishonest and disingenuous" for raising prescription on unclaimed benefits.

It is the responsibility of the board of trustees of your pension fund to identify and find your beneficiaries when you die, and they must do so within a reasonable time frame. Failure to do this has contributed to billions of rand in unclaimed benefits, with the pension funds adjudicator blaming it on a lack of skills and funds dragging their feet.

The man, who died on July 31 2004, worked for one of the big gold mining companies and was a member of the Mineworkers Provident Fund. By February 2017, his full benefit of R596541 was still unclaimed, even though he had beneficiaries - at least his own child.

The Pension Funds Adjudicator ordered the fund to pay the benefit plus a 10% fine for "compensatory damages" without delay after receiving a complaint from the man's life partner that she needed access to the funds for the child's maintenance.

In terms of section 37C of the Pension Funds Act which regulates the payments of death benefits, the board of trustees must:

Identify dependents and those the deceased member has nominated to receive the benefits;

Make the benefit allocations on an equitable basis; and

Determine an appropriate mode of payment of the death benefit.

The act also obliges trustees to find beneficiaries within 12 months. If they find them sooner, they should pay out as quickly as possible. Section 37C identifies three types of dependents:

Legal dependents - there is a legal duty to support such a person (spouse, children);

Factual dependents - where the deceased had no legal obligation to support these people but did so anyway;

Future dependents - persons where if the deceased did not die, would have been supported (a fiance or elderly parents).

In this case, it became clear that the fund took way too long to conduct its investigation, and when contacted by the partner of the deceased, it used prescription to justify its failure to pay out.

Lukhaimane said reasons for the increase in unclaimed benefits include lack of expertise to identify beneficiaries and invalid or incomplete data maintained by funds and their administrators. "These issues should under no circumstances be visited on the rightful claimants," she said.

She said with the greater regulatory oversight of the Financial Services Conduct Authority (FSCA), "the bad apples should be easy to weed out" to further protect consumers.