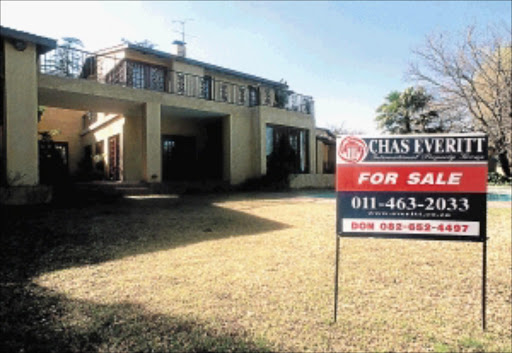 Buying property with occupants who refuse to move out can be a costly exercise.
Image: TYRONE ARTHUR

A week ago a certain property in Gauteng caught my attention while I was surfing the net.

The house in question was in Roodekop - a middle-income suburb close to Germiston, Ekurhuleni, and was advertised on a popular property website.

I was attracted to the two-bedroom house as it was going for R260000. Similar houses on the East Rand are going for around R460000, making the acquisition of the property at that price mouthwatering.

When I clicked on the pictures of the house, it was strange that the property listing site only showed the outside of the property.

The following message was written with big fat capital letters: "Please note vacant occupation is not guaranteed on the date of acceptance and the purchaser will be liable for own eviction if the property is not vacant."

This led me to speak to Homes Unlimited property agent Lucky Moleko, who sells houses in Protea Glen in Soweto.

Moleko says there are many cases in which people have bought properties only to experience difficulties occupying it.

"The problem is prevalent in many townships and I don't like dealing with such properties. There are many clients who want to buy houses and if you sell them such properties, they could end up struggling with occupation to such an extent that they deem your conduct as an estate agent as an unfair business practice," he says.

"In many instances, you find that the owner will sell the house and after the transaction is successful, the very same owner will refuse to vacate the property.

"This causes a lot of confusion for clients because they are paying monthly instalments every month while they are not living at the place."

Some of these problem houses are found on auction sales while others involve family members of parents who have died and the family members, for some reason or another, do not want the house to be sold.

"My friend bought a house at an auction and when he went to occupy the property the owner splashed him with boiling water," Moleko says.

He says there are also many cases where a person buys a repossessed house but can't occupy it after being threatened by community members.

Moleko says sometimes banks fail their clients because they should send out a property valuer who will ensure that the transaction being funded will benefit their clients.

He says there are also unscrupulous agents who collude with the property valuer to get the loan approved and the sale through when they know there will be problems.

In some cases where a bank repossesses a house, the sheriff will evict the owner but as soon as the sheriff leaves, the former owner would go back and occupy the property, he warns.

"If you are not satisfied with the work of an agent, you must contact the Estate Agency Affairs Board."

Attorney and conveyancer Brian Dile says the issue is complex and very expensive to resolve.

"In a place like Soweto, you find that most of the disputes about houses concern those given to the owner by government. There are no title deeds, so before the owner can sell the house, he or she has to apply for them from the housing department."