Rand slips 1% to the dollar as oil price jumps 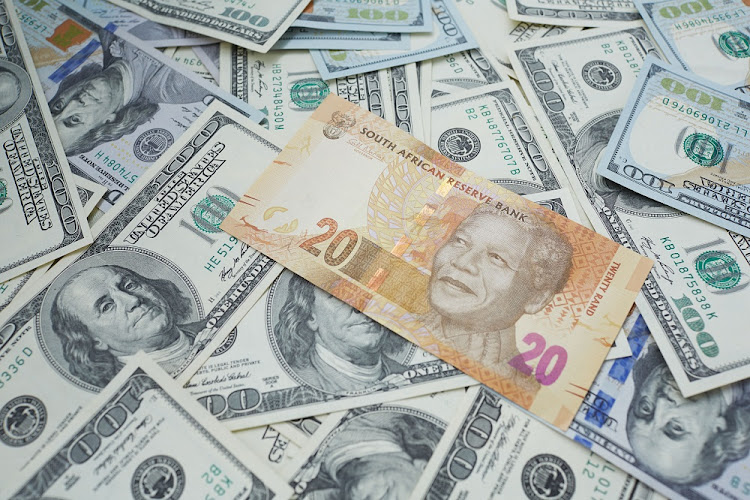 The rand is weaker due to high oil prices.
Image: 123RF / Mikalai Maminau

The rand was weaker against major global currencies on Tuesday afternoon‚ taking its cue from a softer euro.

The euro is under strain as the Italian government’s budget deficit continues to threaten a confrontation with the EU‚ with the euro at a four-week low against the dollar on Tuesday afternoon.

A 2.7% rise in the price of oil has also put the rand on the back foot‚ with Brent crude rising earlier to a four-year high‚ touching $85 a barrel. It eased slightly on Tuesday afternoon‚ having fallen 0.13% to $84.90 a barrel by 3pm.

Higher oil prices and a weaker rand will result in further petrol price hikes‚ which could see inflation breaching the 6% Reserve Bank inflation target‚ said Rand Merchant Bank analyst Mpho Tsebe. The Bank is likely to raise interest rates by 25 basis points before the end of 2018.

Local factors appear to be taking a back seat this week‚ with the major data release being US non-farm payrolls numbers on Friday. The data‚ especially on wage increases‚ will be closely watched as investors attempt to gauge the pace of monetary policy normalisation.

The pound was also under some strain on Tuesday‚ after a spike on Monday that followed news of UK Prime Minister Theresa May being willing to offer further concessions so as to broker a Brexit deal.

According to Oanda analyst Craig Erlam‚ the pound’s gains have unwound‚ with traders questioning whether these concessions will get support from British lawmakers‚ let alone the EU.