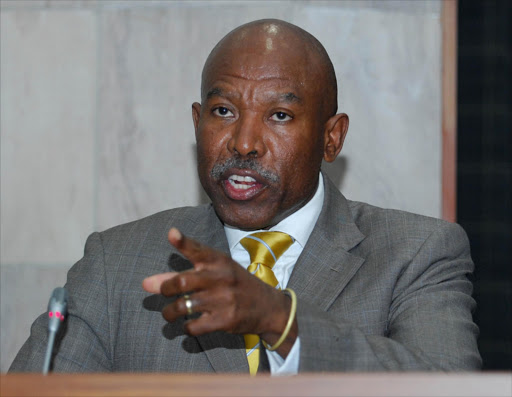 South Africa’s central bank left its benchmark repo rate at 6.5% on Thursday, with the bank’s governor striking a more hawkish note than at the last rate meeting in July.

The rate decision by the South African Reserve Bank (SARB) was closely watched after its emerging-market peers Turkey and Russia raised their main lending rates.

Four members of the Monetary Policy Committee voted for no change in rates; three voted for a 25-basis-point increase.

The ruling African National Congress, which President Cyril Ramaphosa leads, criticised the decision to leave rates on hold, saying the Reserve Bank should “prioritise the plight of poor South Africans whose cost of living is skyrocketing“.

The SARB had to weigh data showing the economy went into recession in the second quarter against risks to its inflation forecasts from the rand, which has lost more than 6 percent since the bank’s last rate meeting in July.

The rand was little changed after Thursday’s decision, as all bar one of the 26 economists surveyed by Reuters had predicted that the SARB would leave the repo rate unchanged.

Rand lifts to R14.84/$ on a weaker dollar and bets on higher local interest rates

The rand was a lot stronger on Thursday morning‚ standing out among its emerging-market peers‚ though its performance came off a very low base.
Business
3 years ago

Governor Lesetja Kganyago said the outlook for inflation had deteriorated, mainly because of the weaker rand and higher global oil prices.

“Risks to the inflation outlook have continued to materialise,” Kganyago told a news conference in Pretoria.

A rate hike would have dealt a further blow to South Africa’s sputtering economy, which Ramaphosa is trying to revive after a decade of stagnation.

The SARB cut its growth forecast for this year to 0.7 percent from 1.2% in July, and Kganyago said there was little room for the bank’s monetary policy to boost that number in the short term.

“The committee continues to be of the view that current challenges facing the economy are primarily structural in nature and cannot be solved by monetary policy alone,” Kganyago said, adding there was no discussion about a rate cut.

The ANC reacted in a statement issued an hour after the rate decision by saying: “the ANC believes that Monetary Policy is critical legislative instrument in driving growth, creation of jobs and reduction of the capital costs in the economy.” The central bank did not immediately respond to the comments from the ANC.

Kganyago said the SARB’s models showed the rand was undervalued at current levels around 14.45 to the dollar.

“Tighter global financial conditions and the change in investor sentiment towards emerging markets remain key external risks to the rand,” he said. “It is likely that the rand among with other emerging market currencies will remain volatile.”