Banking with robots is the future 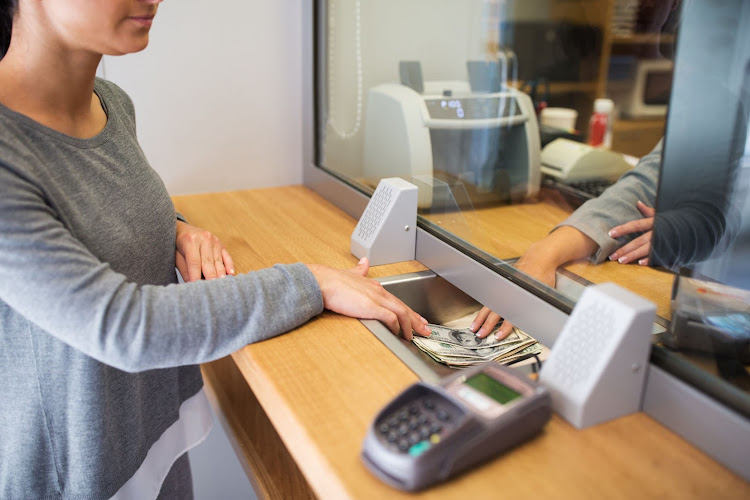 Generic image of a woman getting money from a teller inside a bank.
Image: 123RF

Would you trust a robot to give you a financial advice? I would. This is because I get uneasy when I walk into a bank and have to speak to a consultant about my financial situation.

There are several reasons for this, including stories about people being robbed after withdrawing wads of cash from a bank branch.

Suspicions have been raised that robbers pounce on bank customers after getting a tip from a bank employee. This makes sense when you consider that those who have withdrawn small amounts hardly attract the attention of the thugs.

Crime is one of the reasons I believe limiting the human factor in banking could make me feel more secure about my finances.

Come the festive season, thieves are always ready to pounce on unsuspecting consumers to swell their own coffers.
News
4 years ago

However, when I want to borrow funds I believe it's necessary to sit down with a human financial consultant. That exercise gives you the opportunity to negotiate for lower interest rates.

Consultants become useless if they, due to incompetence or for commercial reasons, fail to educate you fully about the terms and conditions of the loan you are about to take.

These consultants are responsible for the trust deficit between the banking institution and consumers to a point that I wouldn't mind seeing them being replaced by robots like Pepper.

Pepper is a humanoid robot that Nedbank launched at its Gautrain Sandton branch and is doing the rounds at other branches in Gauteng.

The robot currently has basic features like entertaining clients by playing music while also dancing and giving you an opportunity to take selfies.

She also informs clients about the range of products and services that are being offered by the bank.

Fabio Mione, Nedbank's head of projects, for among other things branches and banking channels, says the bank roped in Pepper to show that the bank embraces technology and develops banking channels "to make them relevant for our clients".

"And those are two big reasons for us. One is what do we do on our existing channels. But also when we look into the future, what will be the next service, the next thing that's going to become relevant with us. And Pepper is one of the things we're exploring."

Mione says the aim of using a robot was to get it to help meet your expectations but he doesn't think robots will replace the bank's staff - "not for a very long time".

"Pepper will act as a drawcard on some basic services, while our staff will still have that human edge and personal touch that people need."

Mione says technology will be the future of banking because bank customers want more self-service and to bank when it is convenient for them and not only when the banks are open.

"That being said, there will always be those people who will want to have a conversation and they don't want to talk to a robot and don't want to do things via self-service," he says.