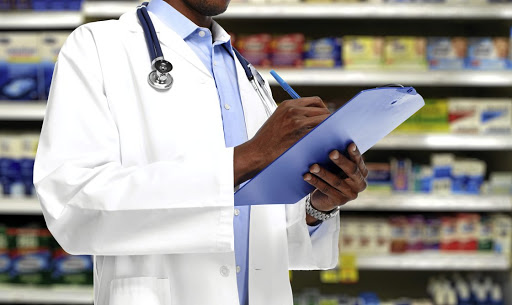 Submitting fraudulent claims to your medical scheme or allowing someone else to do so not only robs you and other members of future benefits, but also causes contributions to increase.

Fraud is a big issue for medical schemes as an estimated 5% to 15% of the R160-billion - or at least R10-billion - is being lost to fraud, abuse and wastage each year, according to Dr Katlego Mothudi, the managing director of the Board of Healthcare Funders (BHF), the organisation representing several medical schemes.

At its annual conference this week, the BHF devoted much time to fraud. And the medical scheme regulator, the Council for Medical Schemes (CMS), has devoted its most recent newsletter, CMS News, to the topic as well.

He estimates that some R3.9-billion was saved between 2012 and 2016 as a result of visible fraud investigation and counter-measures the administrator has implemented.

These included a team of 75 analysts and investigators as well as forensic software that can analyse the millions of claims the administrator receives to check for unusual claim patterns - like a doctor having a 36% increase in patients and an 884% increase in fees in a month or seeing 58% of his patients on a Monday when sick notes are required.

The administrator has detected R446-million in fraudulent, wasteful or abusive claims since 2016.

Broomberg's article in CMS News says the industry is concerned about the lenient fines handed down to perpetrators of fraud - sometimes multiple counts of fraud - and that this is not serving as an effective deterrent against fraud.

But practitioners are not the only ones who commit fraud. Members sometimes collaborate with practitioners in fraud or defraud the scheme themselves. Common types of fraud where doctors and members collude is to claim for things you did not receive in return for cash or other goods.

CEO of Health Funders Association Lerato Mosiah writes in the same newsletter that members often feel justified to exploit the schemes because paying for medical scheme cover is a grudge purchase.

Contributions are high and your claims may not always be paid in full depending on the rules of the scheme.

Common types of fraud committed by members are:

Failing to disclose a condition when joining a scheme and then claiming for it;

Allowing a non-member to use your medical scheme card;

Claiming for prescription glasses when you get sunglasses;

Claiming for fillings when you had cosmetic dental work;

Claiming for medicines from a pharmacy when you get cash or groceries; and

Getting admitted to hospital for no good reason and claiming on a hospital cash-back insurance policy and splitting the money with the doctor.

The law and fraud

If you are caught committing fraud against your scheme:

Your membership can be terminated or suspended; and

Your scheme can deduct any loss it has sustained from a claim payable to you, a doctor or pharmacist.

You can be prosecuted.