Legal insurance has its pitfalls 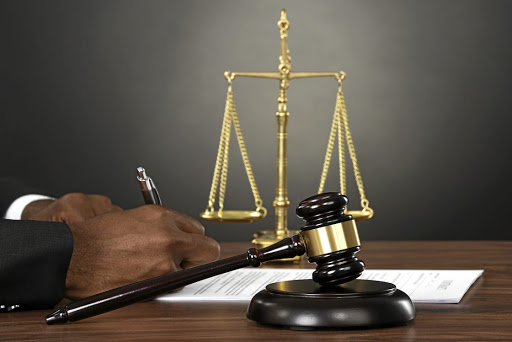 Signing up for legal insurance does not always afford clients peace of mind, a report by Finmark Trust indicates.
Image: Andrey Popov/ 123RF

In spite of the apparent benefits of legal insurance - experts say benefits are typically at 1000 times the monthly premium - there have been several complaints from policyholders on how their requests for legal services are handled.

Some of these complaints are posted on the websites of service providers who provide such forums, such as hellopeter for instance.

Complaints about tardiness and "horrible service" from service providers, when it comes to actually asking for legal services, with some describing the services as a waste of time and money, are common.

"WHAT DO I HAVE TO DO TO GET A LAWYER ON MY SIDE?" screamed a comment from one irate client on hellopeter.

"Take your money and run," one client who felt let down by a legal service provider and "think twice before joining," admonished yet another to those contemplating taking up legal insurance.

One client complains of having been "kicked" from pillar to post as the insurer referred his case to different lawyers who have had his case dragging on for 15 years with no solution.

"Please be serious. I pay you monthly without faultering (sic). This nonsense service is stressful on the very first claim in over eight years," complained yet another.

Sowetan sent questions to the leading legal insurance service providers. After more than a month, it got only a handful of replies. Companies that did not respond at all include Legal Wise, Standard Bank, and FNB.

However, Absa, Clientèle and Law for All did respond and they attributed most policyholder complaints to misunderstandings about what their contracts entailed.

They said most of their clients don't go through the contracts carefully, particularly which services are excluded from cover. Common exclusions include pre-existing legal matters, cases that are not deemed to have a reasonable prospect of success and cases where the costs are too high relative to the value of the settlement. A report by Finmark Trust about four years ago also highlights these exclusions.

All the firms who responded said they had a general policy to respond to requests for assistance within 24 hours.

Law for All says it responds even earlier for bail applications and other urgent matters.

Clientèle says legal matters by nature are very stressful and therefore clients may easily feel frustrated and even 24 hours may seem much longer under those conditions.

Other challenges clients face are rejection of their claims. The Finmark Trust report said the most common reason for rejection was nonpayment of premiums, accounting for 51% of rejections.

The report indicates the next most common reason for claims being rejected, accounting for around one fifth of all repudiated claims, was that the case was deemed to have no reasonable prospects for success.

The authors noted that assessing prospects for success could be highly subjective, serving the interests of the insurers, not the clients.

Ratios of claims paid relative to premiums collected on legal insurance policies cited in the 2014 Finmark Trust study varied from as low as 9% for litigation compared to 63% for other short-term insurance policies.

But, if mediation for legal matters is also regarded as a claim in addition to litigation, the claims ratio rose to 45% or more.