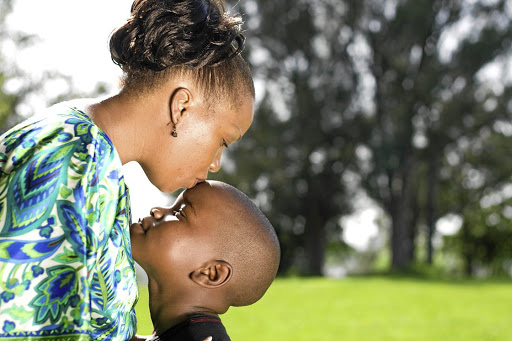 The constitution is geared towards the greater protection of children.
Image: 123RF

The rights of children adopted under cultural law have been recognised in a ground-breaking determination by the Ombudsman for Long-term Insurance.

In a ruling against Metropolitan Life, Judge Ron McLaren, the Ombudsman for Long-term Insurance said that customary adoption has the same legal consequences as a state adoption and it cannot be said that only adoptions under the Children’s Act are recognised by the office of the Ombudsman.

The case, which is highlighted in the ombudsman’s latest annual report, arose after the uncle of a 16-year-old boy claimed under his funeral policy, after his nephew died in an accident. The man had adopted his sister’s child under customary law and listed the boy as a child in the policy which included a benefit of R20 000 for the funeral of any immediate family members.

The insurer, Metropolitan Life, denied the claim insisting that the adoption was not legal until it had been confirmed by the Children’s Court and the deceased boy was registered by the Department of Home Affairs as the man’s adopted child.

The uncle was forced to take out a loan from African Bank to bury his nephew.

But when the boy died five years later at the age of 16‚ Metropolitan Life refused to pay out on his funeral policy‚ arguing that the boy hadn’t been ...
News
3 years ago

A school teacher who assisted the uncle with his complaint, submitted affadavits from the child’s biological mother and father and stepfather as well as letters from two induna to prove that the child had been publicly adopted under customary law.

After receiving the explanation and evidence of the customary adoption of the child, Metropolitan Life then agreed that an order of the Children’s Court would not be necessary saying: “We again applied our minds on this and are satisfied that customary adoptions fall outside of the adoption process as envisaged in the Child Care Act”.

At a meeting of adjudicators from the ombudsman’s office, Judge Ron McLaren found that as there was a dispute of fact, the case could not be resolved on written correspondence and that a hearing should be held.

Under the rules of the office, both a complainant and the life insurer must agree to a hearing. The boy’s uncle was prepared for a hearing but Metropolitan Life did not agree and said the dispute was best dealt with in a court of law.

The teacher then wrote to the ombudsman criticising Metropolitan Life’s refusal to agree to a hearing as “unfair” and said that its intention was to make methods of proving customary adoption difficult and putting them “beyond the means of most Black African families” because litigation is expensive.

“One would have expected the Children’s Act to be more sensitive to this reality,” he said.

Being denied a hearing would be grossly unfair to the boy’s uncle and to many children who are adopted in terms of customary law, the teacher said. It was also not in line with the objectives of the Constitution which is geared towards the greater protection of children, even those children living under customary law, he said.

Judge McLaren agreed with the teacher’s argument that African customary law must be seen as an integral part of our law and that it depends for its ultimate force and validity on the Constitution. African customary law is a body of law by which millions of South African regulate their lives and must be treated accordingly.

In his determination, the ombudsman said the boy’s uncle presented impressive and persuasive evidence that the customary adoption of the deceased had indeed complied with the requirements of a customary adoption.

Metropolitan Life was instructed to reassess the claim on the basis that the child was the legally adopted child of the complainant.

Metropolitan Life applied for leave to appeal against the ombudsman’s ruling, which was granted but the insurer subsequently withdraw the appeal and settled the matter with the boy’s uncle.

In another final ruling involving a disputed claim on a funeral policy, the ombudsman recognised that in certain languages in South Africa the term “cousin” includes a second cousin and there is no separate word for such a family member.

The ombudsman ruled in a complaint involving Sanlam Developing Markets that the assurer needed to take this into account when considering a claim for a second cousin and that in fairness the claim in question should be paid.