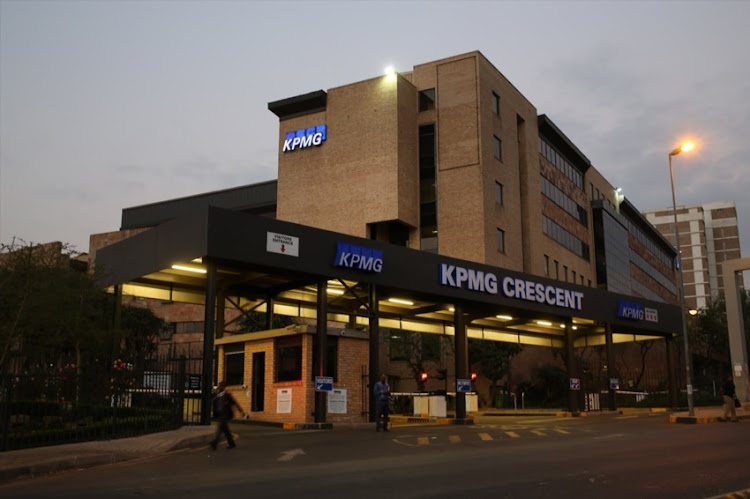 KPMG auditing firm offices on at Empire Road on September 19, 2017 in Johannesburg, South Africa. The SA Revenue Service is pushing to have the firm blacklisted from all government business after KPMG’s withdrawal of the "rogue unit" report it authored for the tax authority.
Image: Gallo Images / The Times / Alon Skuy

An investigation into possible wrongdoing by KPMG in its report on the South African Revenue Service (SARS) “rogue unit” and the auditor responsible for it‚ Johan van der Walt‚ has ground to a halt.

The Independent Regulatory Body of Auditors (IRBA) announced in September it would investigate if KPMG broke any regulations in its dealings with SARS and in compiling the report.

IRBA in October announced it was extending the scope of its investigation to include Van der Walt’s individual conduct.

This week‚ IRBA told SowetanLIVE that the investigation was still in the “first phase” and that KPMG had provided “incomplete information” citing reasons of confidentiality.

This is despite an undertaking by KPMG international chair Bill Thomas and KPMG SA CEO Nhlamu Dlomu given to IRBA CEO Bernard Agulhas that the auditor would cooperate and provide all the necessary information.

“IRBA has asked for certain information that legal restrictions prevent us from providing. However‚ we are actively working with IRBA to find a way for IRBA to have access to this information in a manner which allows IRBA to complete its inquiry‚” he said.

“To this end‚ we have made a number of suggestions which we understand IRBA is considering.”

Agulhas also told Parliament’s finance committee IRBA had held a special board meeting to discuss the KPMG matter to ask that the investigation be fast tracked.

IRBA has not been able to give any indication of the time frame for the completion of the probe but Agulhas has indicated he wanted to finalise it quickly as it was a “matter of public interest”.