Why you shouldn't use a loan shark 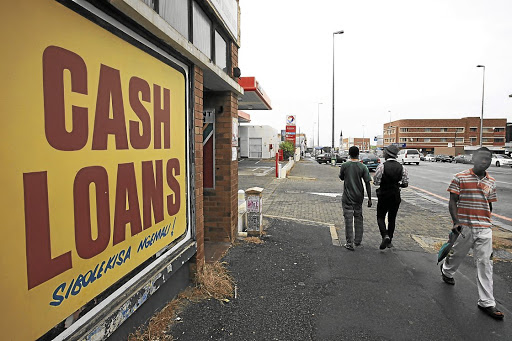 Many people end up in debt in the new year due to overspending at Christmas time. As a result they are forced to take out loans, even from unscrupulous lenders, to make ends meet. / ALAN EASON

When his child had to be hospitalised, Happyson Ncube needed cash to pay for himself and his wife to make daily trips to the hospital.

He was supposed to pay back the loan with 50% interest, or R3750, at the end of the month. Effectively, this is a staggering interest rate of 600% a year.

But as he failed to pay by deadline, the interest doubled to 100%, making the repayment R5000.

Six months later and he still hasn't managed to pay back the loan.

In fact, he is getting deeper and deeper into debt due to the extortionate interest that he is being charged.

Worse still, he has lost his job and is now living in an empty house, having lost all but a few sticks of furniture, which he will have to sell in an attempt to repay the mashonisa.

The longer he takes to pay back his debt, the more his debt grows.

In other words, there is no limit to what he can be held liable to pay back, placing him and his family in a form of debt bondage.

Had Ncube taken a short-term loan from a registered microlender, the maximum that he could be charged in interest is 5% a month.

(Short-term loans are small loans of up to R8000 and are repayable in six months.)

In other words, he would have paid no more than 30% interest, provided he had paid it off in six months.

And even if he had defaulted, there is a limit to what creditors and their debt collection agents can charge a consumer in default.

This is the beauty of the National Credit Act.

"I would never borrow from a mashonisa, not even a mere R50," Jacob Ramonti, a Soweto-based debt counsellor, said.

He said loan sharks are a law unto themselves and deserve their bad reputation.

These informal lenders will not only take your property that they demand you put up as collateral and forfeit if you don't pay up, but in the worst-case scenario, they may take your life.

There are good reasons to avoid them and use registered lenders who have to abide by the law, the National Credit Act, which protects you against abuse, such as the withholding your bank card or your identity book.

Thabani Ndwandwe, Standard Bank's head of personal and business banking credit, said there are many registered lenders from which to choose and if you shop around you can get a better interest rate.