Germany, Canada in talks over LNG terminal for export to Europe 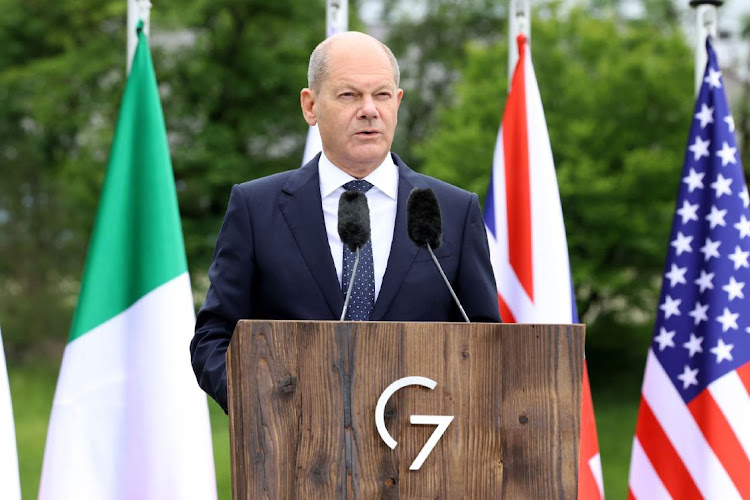 Olaf Scholz, Germany's chancellor, during his closing news conference on the final day of the Group of Seven (G-7) leaders summit at the Schloss Elmau luxury hotel in Elmau, Germany, on Tuesday, June 28, 2022.
Image: Liesa Johannssen-Koppitz/Bloomberg

Germany is in talks with Canada over options to export liquefied natural gas (LNG) to Europe via a terminal on Canada's east coast, a German government official told Reuters on Tuesday.

German Chancellor Olaf Scholz discussed the issue with Canadian Prime Minister Justin Trudeau on the sidelines of the summit held by The Group of Seven economic powers (G7) leaders this week, two other sources told Reuters.

Berlin has been rushing to phase out Russian energy imports after Moscow's invasion of Ukraine and is looking for alternative supply routes and sources of energy.

It has backed the construction of two LNG terminals and has rented four floating storage and regasification units (FSRUs) as a stopgap measure.

In May, Canadian Natural Resources Minister Jonathan Wilkinson said the Canadian government was in discussions with the companies behind two proposed east coast LNG export facilities to see how it could speed up the projects and help boost supply to Europe.

Canada, the world's sixth-largest natural gas producer, does not have any east coast LNG facilities and only one under construction on its west coast.

Shell on Thursday reported a record first-quarter profit of $9.13 bln, boosted by higher oil and gas prices, stellar refining profits and the strong ...
Business
3 months ago

“In terms of CO2 footprint and proximity to European markets Canadian east coast projects are very well placed,” one of the sources said.

The second source said that Canadians were eager to develop new fields given high shale gas prices and recognised Germany's reputation as being environmentally friendly.

Germany consumes around 100 billion cubic metres (bcm) of natural gas annually with around 55% of that coming from Russia and smaller volumes piped from Netherlands and Norway.

Spanish oil major Repsol's regasification plant on Canada's east coast, through which it imports into the US, could potentially have a liquefaction capacity installed to export directly into Northwest Europe, an industry source said.

The office of Canadian Prime Minister Justin Trudeau was not immediately available for comment.

Repsol told Reuters it is continuously exploring options to maximise the value of the terminal, with a particular focus on new lower-carbon opportunities to help meet market demand.

“The company will look at any/all business that enhances or creates value at Saint John LNG, including the potential to add liquefaction capabilities to the existing facility,” it added.