Friendship at the core of Eleganto Social Club

Savings go from strength to strength 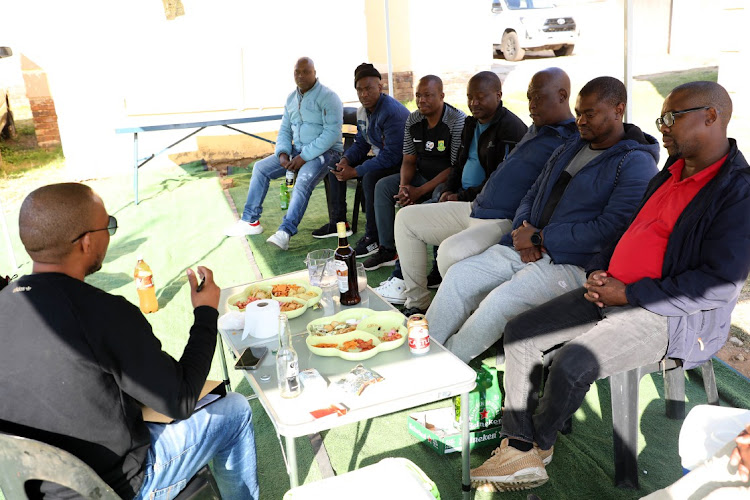 It was a warm Sunday morning in 2009 when five friends from Ekangala near Bronkhorstspruit sat on the grass nursing a hangover when a conversation about starting a social club arose.

From a terrible hangover came a terrific idea and the start of something great.

“We had always asked ourselves why don’t we start something but that morning we committed ourselves and said, 'to show that we truly want to start something, let’s all pop out R100 now',” recalls King Ngwenya, one of the founding members of Eleganto Social Club.

When other close friends who were not present that morning heard of this, they too showed interest. Thereafter, a meeting was held, a bank account opened and Eleganto Social Club was officially formed.

Today, Eleganto stands strong as a platform where members save as a collective with the aim to create wealth, while also supporting each other through the bad times and sharing joy during the good times.

To be part of the vibrant group of gentlemen, an initial joining fee of R5,000 is required.

We spoke stokvel mentor and property investor Silindile Leseyane about the future of property stokvels, women in stokvels, as well as the secret ...
News
2 months ago

No grocery stress for Aziwe Ladies, thanks to stokvel

When Nompumelelo Thwane joined Aziwe Ladies’ Stokvel five years ago, she had no idea just how impactful it would be for her and her family. “After ...
News
2 months ago

Stokvels a mirror of the communities they come from

For many years, stokvels have served as a helpful savings tool for our people. However, due to them existing informally in the past, the industry’s ...
Business
2 months ago

Legodi says while a member will receive an amount of money directly from the social club when hosting an event, contributions from members’ own pockets are also made towards that particular event.

The monthly contributions made by members are divided according to a 40/40/20 split; 40% goes towards investments, the other 40% towards burials and the remaining 20% towards the social aspect of the club.

In the unfortunate event of losing a loved one, a member receives an amount ranging from R5,000-R10,000 towards assisting in giving the deceased a dignified send-off.

“We also invest a lot in shares and stocks, that’s what we are interested in. We further organise events and have a cocktail wing where people can hire us to do cocktails at their functions, just to raise money for the club,” says Ngwenya.

The founding member says the club has a vibrant social pillar, with events and trips at the top of the list. Just before the Covid-19 lockdown, the group of gentlemen travelled to Mozambique. Other much-enjoyed destinations among the members include Bela-Bela and Durban. With strict travel bans currently behind us, a trip to Zanzibar is on the cards.

Friendship has been the strongest point of this social club. It’s all about friends. That element has been a binding force between us

Asked about their unity and consistency throughout the years, it was highlighted that friendship is the glue that has kept them together.

“Friendship has been the strongest point of this social club. It’s all about friends. That element has been a binding force between us,” says Mike Buta, the club's secretary.

In its 13 years of existence, the social club has seen many successes. These include being able to assist a devastated family in a nearby area, as well as a member whose house was destroyed by a fire.

Equally, the group has experienced its fair share of challenges. One of these was during the lockdown when technological challenges made it hard for members to meet on virtual platforms.

Going forward, Eleganto Social Club aims to continue building wealth, while remaining steadfast in the spirit of unity, understanding, fun and friendship. According to founding member Abel Maseko, prioritising loved ones when considering investments is the way to go.

“I wish some of our money can be used to invest in our children, especially towards their education. Some of us come from families that are not well off and it would be good to see part of our money used to empower our own families”.

Name inspo: Derived from the word "elegant" and alludes to members’ love for the finer things in life.

If you would like to see your stokvel featured, send us an email on MasangoN@arena.africa