'I’ve always had the dream of having my own company' 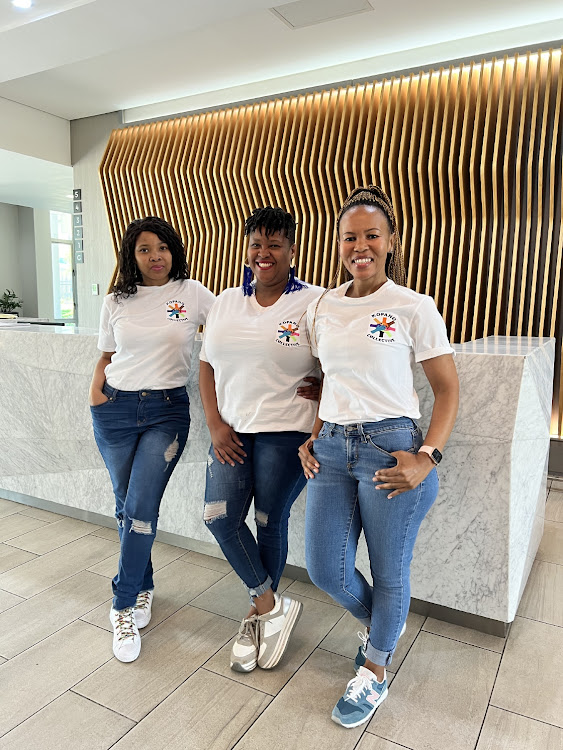 Imagine what you could do with R50? What could be thought of a mundane financial contribution led to the formation of Kopano Collective in 2019.

“It was an idea that came from one of our founding members, Nicolette Mashile. Her tweet made us think of what we could do if thousands of us came together to contribute R50 a month towards a common goal; to better our lives and those of future generations,” said Nande Langeni, treasurer and spokesperson of Kopano Collective.

With wealth in mind, hope in their hearts and R50 notes in their hands, social media users from all across SA came together and joined in on the idea. Today, Kopano Collective has just over 1,200 members.

The stokvel is run 100% digitally and each member makes their contributions through the StokFella app.

“When we need to communicate to members, we send out emails to all of them. If there’s something that we are interested in hearing their views on, we’ll create a Google form for them to vote,” explained Langeni.

Meetings with members are also held virtually via Zoom. Moreover, the stokvel also exists as a private company, which is used as an investment vehicle and is run in accordance with the CIPC (Companies and Intellectual Property Commission) and the Companies Act.

Stokvels a mirror of the communities they come from

For many years, stokvels have served as a helpful savings tool for our people. However, due to them existing informally in the past, the industry’s ...
Business
3 months ago

Once investments have been made and buildings are functional, the 53 stokvel members receive interest for a number of months agreed upon. Once that ...
Business
3 months ago

We sat down with financial literacy champion Palesa Lengolo to discuss some of her experiences, the rise of digital stokvels, legislation and other ...
Business
4 months ago

“We are currently using these funds for passive investments in different portfolios with the aim to raise more capital for the company over a period of five years.

"We’ve invested in property, livestock, money market, shares and we’re just about to invest in solar power, which we know is really doing well with our current state of electricity,” she elaborated.

When the stokvel was formed, members agreed upon a lockdown period of five years where they would not be able to cash out on their contributions.

Once the five years have lapsed, members will receive their pay-outs and be presented with the option to re-invest.

“We can’t build wealth over just five years. The five years is just the capital-raising period. After this period has passed, we’re going into active investments which are much more aggressive and with more calculated risks.”

Importantly, the monthly contributions are kept at the fixed amount of strictly R50 each month for a period of five years, which will add up to R3,000 per member.

“No one can contribute more at the moment. Only after the lockdown period will things start shaping up differently,” said the treasurer.

For Cape Town-based Masande Magoda, who joined Kopano Collective in 2019, being a part of the organisation is a step closer to his dream of financial freedom.

“I’ve always had the dream of having my own company one day. But I just didn’t know how to. When this opportunity came, I just knew that it was my time. I would really like financial freedom so that I can do things which I can’t do now because I work for someone else,” he said.

While R50 may seem like an insignificant and easily forgettable amount, Magoda has put systems in place to ensure that he remains consistent and up-to-date with his contributions.

“I set up a stop order on my banking app so that I don’t have to pay this contribution manually. So then it goes on the 25th of every month and I don’t have to worry that I’m behind."

Indeed, the founding member and shareholder admitted that they do encounter minor challenges at times, especially pertaining to member participation. However, he believes the good outweighs the bad and hopes to see Kopano Collective bring much-needed change in the lives of ordinary South Africans.

“I want to see Kopano play a major role in solving the economic problems that we are facing as a country. I believe us having invested in different sectors of our economy will contribute to more jobs, so it is going to help,” said Magoda.

Cyber-safety tips (since Kopano Collective is run 100% digitally. These are their tips on how you can protect yourself when joining digital platforms):