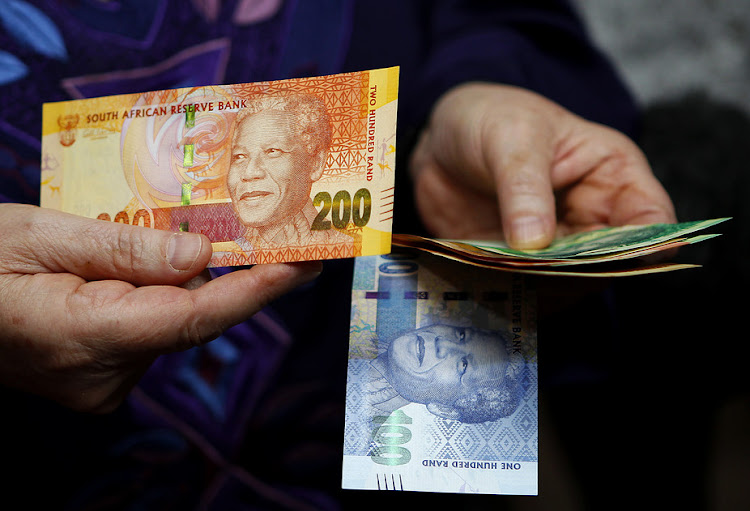 The increase in the headline number was slightly below analysts' forecasts for 6.0% annual inflation, as food prices which have also been affected by the Russia-Ukraine conflict rose slightly less in March than in February.
Image: REUTERS/SIPHIWE SIBEKO

SA's consumer inflation rose to 5.9% year on year in March from 5.7% in February, data from Stats SA showed on Wednesday, driven mainly by fuel on the back of higher oil prices because of the war in Ukraine.

The increase in the headline number was slightly below analysts' forecasts for 6.0% annual inflation, as food prices which have also been affected by the Russia-Ukraine conflict rose slightly less in March than in February.

March's month-on-month consumer inflation was 1.0% compared with 0.6% in February, in line with economists' predictions.

The March figures mean inflation remained just within the central bank's 3%-6% target range, at a joint five-year high along with December's reading.

Research firm Capital Economics said inflation would probably remain close to the top of the bank's target before dropping back more markedly towards the end of the year.

“Despite a temporary cut in the fuel levy in April and May, we think that fuel inflation will stay elevated. Similarly, food inflation will remain high as well,” it wrote in a research note, adding that it saw the South African Reserve Bank (SARB) continuing with its gradual tightening cycle in May.

The SARB has raised its main lending rate at each of its last three monetary policy meetings by 25 basis points to combat price pressures.

Last month the SARB cited inflation risks linked to the Ukraine war for its decision and said inflation was forecast to breach its target band in the second quarter.

Stats SA data on Wednesday showed core inflation, which excludes prices of food, nonalcoholic beverages, fuel and energy, rose to 3.8% year on year in March from 3.5% in February, and to 0.8% month on month from 0.5% previously.

Emerging market currencies fell against a stronger dollar on Wednesday on worries over aggressive actions by the US central bank to curb inflation.
Business
4 months ago

War will play havoc with prices of oil and food

The increase in the price of oil not only drives up the cost of transport, but also manufacturing costs. Fertiliser prices correlate to the oil ...
Opinion
4 months ago

How increasing inflation affects the value of property

For existing homeowners inflation is a positive development. The most obvious benefit is that in general, the value of your home rises with the ...
Opinion
4 months ago
Next Article