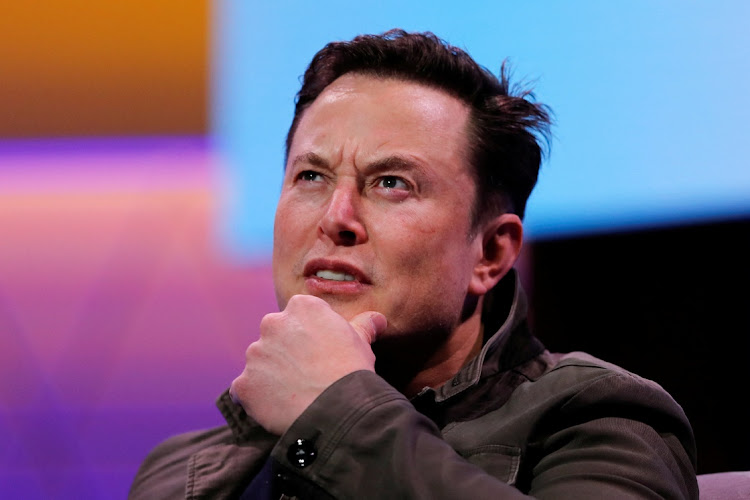 Tesla boss Elon Musk revealed a 9.2% stake in microblogging site Twitter on Monday, probably making him the biggest shareholder in the social media company and triggering a 26% rise in its shares.

Musk's move comes close on the heels of his tweet that he was giving “serious thought” to building a new social media platform, while questioning Twitter's commitment to free speech.

A filing showed that Musk owns 73.5-million Twitter shares, valuing his passive stake in the company at up to $2.9bn (roughly R42.43bn) based on the stock's Friday close. The shares are held by the Elon Musk Revocable Trust, of which he is the sole trustee.

A prolific Twitter user, Musk has more than 80-million followers since joining the site in 2009 and has used the platform to make several announcements, including teasing a go-private deal for Tesla that put him under regulatory scrutiny.

However, he has been critical of the platform and its policies, saying the company is undermining democracy by failing to adhere to free-speech principles.

“We would expect this passive stake as the start of broader conversations with the Twitter board/management that could ultimately lead to an active stake and a potentially more aggressive ownership role of Twitter,” Wedbush analyst Dan Ives wrote in a note.

A former Tesla construction manager has filed a lawsuit against the electric car company, alleging he was fired for reporting widespread safety ...
Business
5 months ago

Musk has been selling his stake in Tesla since November, when he said he would offload 10% of his holding in the electric-car maker. He has already sold $16.4bn (roughly R293.97bn) worth of shares since then.

Twitter was the target of activist investor Elliott Management in 2020, when the hedge fund argued its then-boss and co-founder Jack Dorsey was paying too little attention to Twitter while also running Square.

Dorsey stepped down as CEO and chairperson in November last year, but continues to own a 2.25% stake in the company that makes him the sixth biggest shareholder, according to Refinitiv data.

Musk and Dorsey have found common ground in dismissing the so-called Web3, a vague term for a utopian version of the internet that is decentralised.

Shares of other social media firms, including Meta Platforms and Snapchat owner Snap, were also trading higher on the news.