Ex-Goldman banker’s wife was a ‘co-conspirator,’ US argues 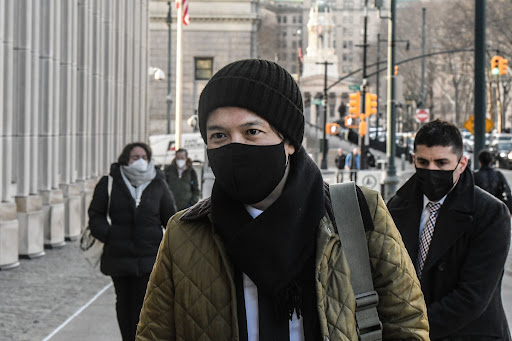 Federal prosecutors in Brooklyn, New York, have asked the court to allow statements Lim made to UBS Group AG bankers to be admitted as part of their case, calling her an uncharged “co-conspirator.”
Image: Bloomberg

The wife of former Goldman Sachs Group Inc banker Roger Ng is becoming a key figure in his foreign-bribery trial, as prosecutors argue she helped him launder millions of dollars from the looting of 1MDB.

They want the jury to hear statements that Ng’s wife, Hwee Bin Lim, made to bankers about an account and shell company they say she opened in 2012 — even as Ng’s lawyers plan to call her as a witness on his behalf. The defence says Lim will testify that $35.1m transferred into an account she controlled wasn’t tainted 1MDB money but was for an unrelated business transaction.

Ng, the only Goldman banker to go to trial in the scandal, is accused of conspiring with his former boss Tim Leissner to help financier Jho Low siphon billions of dollars from a trio of bond deals the bank did for the sovereign wealth fund 1Malaysia Development Bhd, or 1MDB. Leissner has pleaded guilty and is co-operating with the government against Ng. Low, who was also charged, is a fugitive.

Federal prosecutors in Brooklyn, New York, have asked the court to allow statements Lim made to UBS Group AG bankers to be admitted as part of their case, calling her an uncharged “co-conspirator.” They allege that 1MDB funds were transferred by a Low associate to the shell entity. Leissner has told the jury he then directed that $35.1m of those funds be sent to the account under Lim’s control as kickbacks to Ng. The entity was originally called Silken Waters and renamed Victoria Square.

Goldman Sachs to cough up R48.6bln amid Malaysia corruption scandal

Goldman Sachs on Thursday agreed to pay nearly $3 billion (R48.6-billion) to settle a probe into its role in Malaysia's 1MDB corruption scandal, and ...
News
1 year ago

“Lim participated, at a minimum, in a conspiracy to launder criminal proceeds,” prosecutors said in a March 16 letter to the court. Her statements about the transactions “are powerful evidence of both the fact that the defendant and his wife controlled the Silken Waters/Victoria Square bank account and that they sought to conceal their control — an essential element of the charged money laundering conspiracy.”

While Lim wasn’t charged in the case, prosecutors said she helped her husband by opening the UBS account and the shell company on May 21, 2012, the same day the first 1MDB bond transaction closed.

Lim arrived in the US from Malaysia this week, according to the defence. Her lawyer Joshua Kirshner declined to comment on the government’s allegations.

Lim concealed her role partly by opening the account in the name of her mother, Tan Kim Chin, and giving a “fake” email address for her, according to the US. The government says the phone number given for the account was Lim’s own. She also created a second false email address she used to communicate with bankers that she later deleted, the US alleges. On Thursday, prosecutors showed jurors evidence about the creation and deletion of the accounts.

Leissner has testified that after the FBI handed him a federal grand jury subpoena tied to the 1MDB investigation in 2016, he met with Ng and Lim in Hong Kong to concoct a “cover story” for the funds’ origin. He said they agreed they would all claim it was “a return of capital” from money Lim had invested with his then-wife Judy Chan Leissner’s family in China.

Ng’s defence lawyer Marc Agnifilo has argued the funds were for a separate business transaction between Lim and Chan and were Lim’s “family money in Judy’s business in China”.

US District Judge Margo Brodie hasn’t yet ruled on the government’s request to admit Lim’s statements about the bank account and offshore entity.

In a response to the request, Agnifilo argued in a filing Friday that Lim’s statements to the UBS bankers shouldn’t be admitted because prosecutors had failed to establish that Lim “knew at the time that the funds her family received from Judy Leissner were crime proceeds”. He said Lim’s actions indicate only that she was preparing an infusion of money from Leissner’s wife.

“Without that knowledge, Hwee Bin Lim could not have been part of a conspiracy to commit money laundering,” Agnifilo said. “Her statements to the financial institutions are therefore inadmissible hearsay and not co-conspirator statements.”

He said Leissner’s claims about the “cover story” aren’t credible because Leissner didn’t mention the Hong Kong meeting to law enforcement until January 2020, almost 18 months after he started co-operating.

After heavy rains swept away Nomandla Nqanula's tin shack two years ago, she would pray whenever she saw clouds gathering over the fast-growing ...
News
1 year ago

Moody’s decision to leave SA’s credit rating unchanged at one rung above junk status has received the resounding endorsement.
News
4 years ago

A defining moment for Jonathan government

ABUJA - Nigerian President Goodluck Jonathan is coming under pressure to prosecute top officials implicated in a $6.8-billion (about R55-billion) ...
Opinion
10 years ago
Next Article