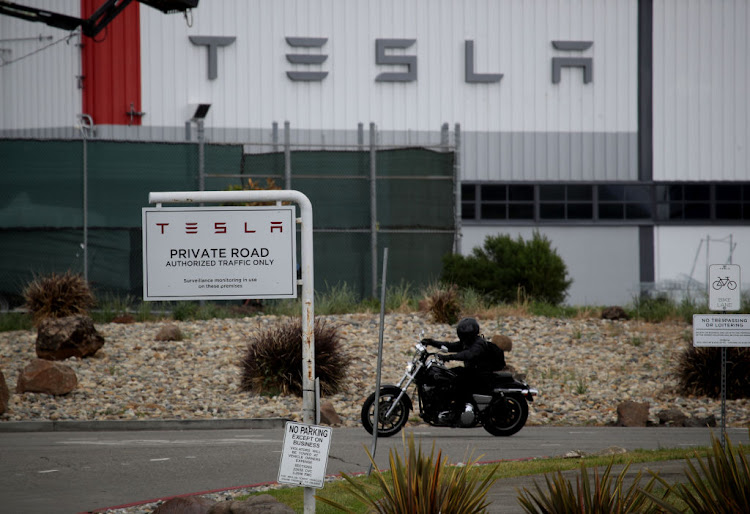 A California state agency earlier this month sued Tesla over allegations by some black workers that they were subjected to racist slurs and drawings and were assigned the most physically demanding jobs at Tesla's factory in Fremont, California.
Image: Justin Sullivan/Getty Images

A former Tesla construction manager has filed a lawsuit against the electric car company, alleging he was fired for reporting widespread safety violations and race discrimination at Tesla factories.

In the lawsuit filed with Alameda County Superior Court on Friday, Marc Cage, an African-American, claimed to have reported safety violations that risked massive explosions at Tesla's battery factory in Nevada and systematic failures by the company to disclose serious on the job injuries.

“Tesla’s commitments to unrealistic production goals and frantic efforts to ramp up its production, often to make good on rash promises, overrode any commitment to employee safety,” the complaint says.

He also alleged that Tesla employees, with the full knowledge of the company's management, denigrated and harassed him on the basis of his race.

“Virtually every restroom in Tesla’s Fremont facility contained writings or carvings of racist symbols and slurs, including swastikas and prominent displays of the n-word,” Cage said in his complaint.

Tesla did not immediately respond to a request for comment on the lawsuit.

A California state agency earlier this month sued Tesla over allegations by some black workers that they were subjected to racist slurs and drawings and were assigned the most physically demanding jobs at Tesla's factory in Fremont, California.

That lawsuit, which Tesla said was “misguided,” claimed the company tolerated racial discrimination, adding to claims made in several other lawsuits against the world's most valuable automaker.

Tesla and its CEO Elon Musk have escalated a battle with regulators who have scrutinised his social media posts, the company's treatment of its workers and its testing of semi-automated driving systems on public roads.

Musk on Tuesday accused the US Securities and Exchange Commission (SEC) of being a multilayered “corruption onion”. A day earlier, the company accused the agency of leaking information from a Tesla-related investigation.

Tesla disclosed earlier this month it had received a subpoena from the SEC about its compliance with a 2018 settlement over Musk's tweets about taking the company private.

Last week, the company and Musk accused the SEC of harassing them with an investigation to punish Musk for being an outspoken critic of the government.

The change we yearn for can come fom society, not political or economic elites

While it is tempting to find a common enemy and use the stirring of anger and frustration to awaken South Africans from apparent political ...
Opinion
3 months ago
Next Article