Pharmacist says sacrifices to realise her dream worth it 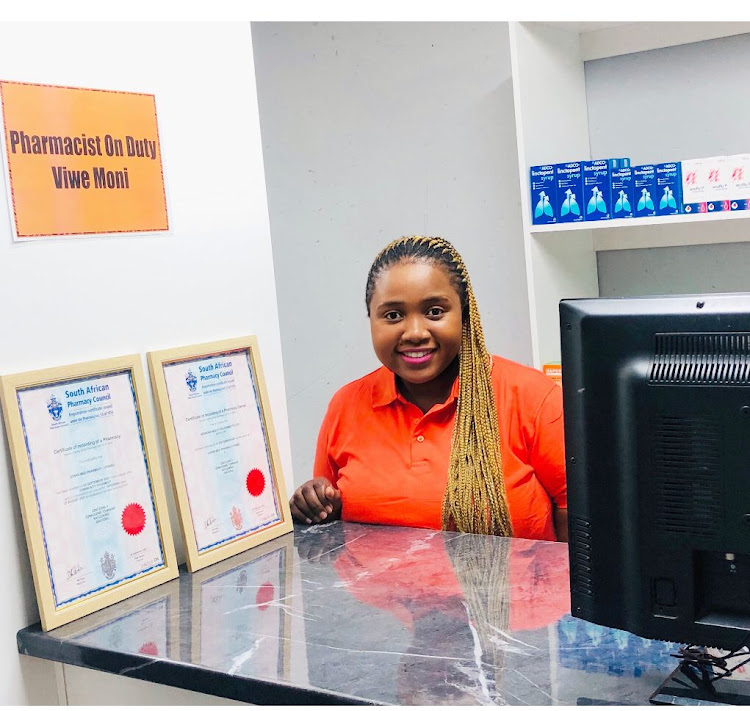 After noting the struggle of elderly  people in accessing their medication, Viwe  Moni-Mashego has opened the first pharmacy at Zonkizizwe, an informal area outside Katlehong on the East Rand.

The 37-year-old pharmacist from Cala in the Eastern Cape, who is now based in Germiston, said Zonke-Med pharmacy will save community members from travelling a long distance to get their medication.

“One day I visited a family member at Zonkizizwe and I noticed the lack of basic services in the area. I started my research by asking the community if they would love to have their own pharmacy and the response was positive.

"I started working on the project about two years ago. I secured a space as the aim was to build the pharmacy from scratch and I also started applying for the licence as well,” said Moni-Mashego.

Moni-Mashego said it cost her about R300,000 to realise her dream, and although it was not easy at first it was worth it.

“During the two years I had to organise equipment and also raise some money for my opening stock. I had to sacrifice a lot by cutting down on monthly expenses, which meant no outings or eating out. I tried to cut some costs by designing my own pharmacy signs and labels, and negotiated deals that will suit my budget. I also designed my own dispensary layout,” she said.

She said even though finances were a challenge at times, that did not demotivate her. Moni-Mashego said the pharmacy will officially open in the first week of October even though community members have been calling her every day asking when it will be opened.

“This is a dream come true for me and I couldn’t have done it without the support of my husband and family. Growing up in Cala I always knew that one day I will open my own pharmacy, either in a rural area or a place like Zonkizizwe,” she said.

“We want to be the people’s pharmacy and our aim is to provide an affordable service by offering generics where we can, rather than high-cost branded medicine. My plan is also to give directions for medicine use in a language that will be understood by our people.

"I was truly touched by some community members who assured me that they will support and protect my pharmacy,” she said.

Four pharmacy workers have been arrested for issuing fraudulent Covid-19 vaccine cards while the debate about mandatory jabs at places of work rages ...
News
1 month ago

There is a health risk in addition to the economic losses, the SA Pharmacy Council warns.
News
3 months ago
Next Article