Putting the scales of justice in everyone's hands 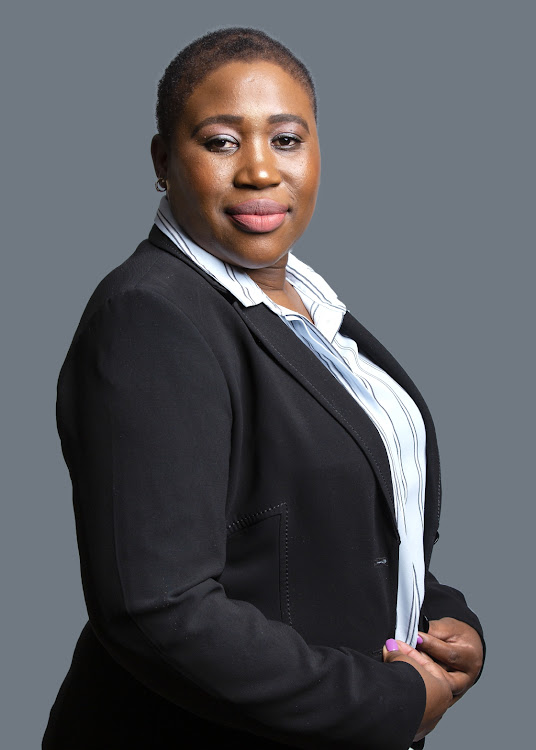 Gugu Gumede wants to make justice available for everyone in SA.

The 43-year-old is the founder of free legal advice application Molao365 which was selected as one of the four SA legal start-ups to become a part of the Southern Africa’s Hague Institute for Innovation of Law (HiiL) Justice Accelerator programme, beating hundreds of other applicants. They will be receiving R175,376 in funding and business development support to create an app for free legal service.

The app provides free legal advice such as how to go about drafting a will, looking over a contract, finding out how to report a deceased's estate, dissolving a customary marriage or how to make sure it is legal, and how to shop around for a lawyer if their issue goes to court.

“I decided to start my own law firm because I was dissatisfied with the business model of most law firms. I started my law firm in 2015 but I was not happy with the model because it is very expensive, yet our constitution says everyone has the right to justice,” Gumede says.

“Yet it is not everybody who has access to justice. Even though it can be argued that there are government institutions that do provide free justice solutions, some are not entirely free and some do not take on certain matters.”

This dissatisfaction led to Gumede bringing together 12 expert attorneys in fields such as property, labour and family law to help give advice 24 hours a day. She said over the past year since the app was launched, one of the burning issues has been with people trying to figure out their legal rights over a deceased person's estate.

“If a person passes on then the family often squabbles about who has the right to take over that property. In most instances black people do not have wills for certain reasons...it's not something that was done a long time ago or their will is something that is said orally and is an oral agreement,” she said.

When a question comes in through the app it is allocated to an available attorney who has experience in the issue. If the issue is not resolved from the advice, they have the responsibility to refer the client to a law firm which can represent them in court.

“After conducting research we found out that a lot of people require legal advice and do not necessarily need legal representation because not all matters go to court. They need advice on processes they need to follow,” she said.

Gumede said legal advice in a traditional lawyer's office can range from the first meeting being R1,000 all the way to R5,000 and the app is able to eliminate those fees for people who are poor.

“Most of these lawyers' offices are in towns or the northern suburbs which means extra travel costs as well,” she said.

She said the app will also in future be available on USSD (via SMS) for people who do not have access to smartphones and data.

The other three SA businesses selected include LegalFundi, Legal Ascend and Kleva Contracts.

Head of the HiiL Innovation Hub Southern Africa, Adam Oxford, said: “After weeks of selection we've got a fantastic cohort of justice innovators who are tackling some of the country's toughest justice problems.

“All four demonstrated that they have a strong, highly scalable solution, and we look forward to working with them over the next few months to help them achieve and exceed their goals.”

What do bold bald heads have to do with cleaning chemicals.
SebenzaLIVE
5 months ago
Next Article