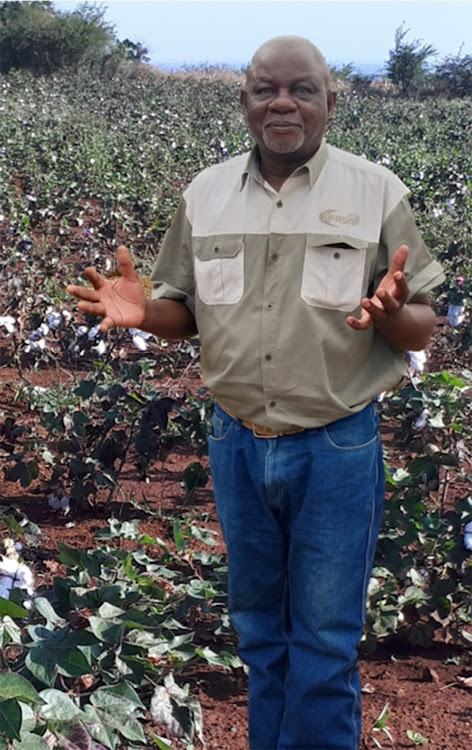 A group of cotton farmers are weaving a path to commercial success by working together to produce cotton.

“The primary cooperatives use 3,000 hectares to produce the cotton. At the peak of the harvest in 2016 we were able to produce 2-million kilograms of raw cotton,” says Sithole.

He adds that the primary cooperatives are made up of 1,188 farmers who employ seasonal 4,500 employees during the November-May planting and harvesting period. Women represent 63% of the workers.

The cotton produced by the Lebombo Secondary Cooperative is sold at the Loskop Ginnery, where it is processed.

The cooperative is looking to expand its operations by opening its own gin where it will process the cotton it produces. A cotton gin is a machine used for cleaning cotton of its seeds.

Sithole says the move is to add value to their cotton in order to sell it at a higher price.

“We have formed a company in partnership with the National Empowerment Fund (NEF). The Lebombo Cotton Gin company is 51% owned by us while the other 49% is owned by the NEF. At the moment the NEF is doing studies of which land will be suitable to build the gin on.”

The NEF has already supported the cooperative with R7.4m to do a feasibility study on whether the gin will succeed.

The NEF’s Emmanuel Mohlamme says the decision to build a gin for the farmers is to assist the cooperative to make a profit.

Through assistance from the NEF’s socio-economic development unit, the Lebombo Secondary Cooperative professionalised itself by updating and observing all cooperative governance requirements.

• This article was originally published in the GCIS Vuk'uzenzele.

Lerato aims to be commercial breeder.
Business
2 years ago

Agriculture plays a key role in the economic development of most countries in the world.
Business
2 years ago

South Africans have a chance to win a cow worth R10,000 from spice giant Knorrox, which is embarking on a campaign to encourage livestock wealth for ...
Business
3 years ago
Next Article