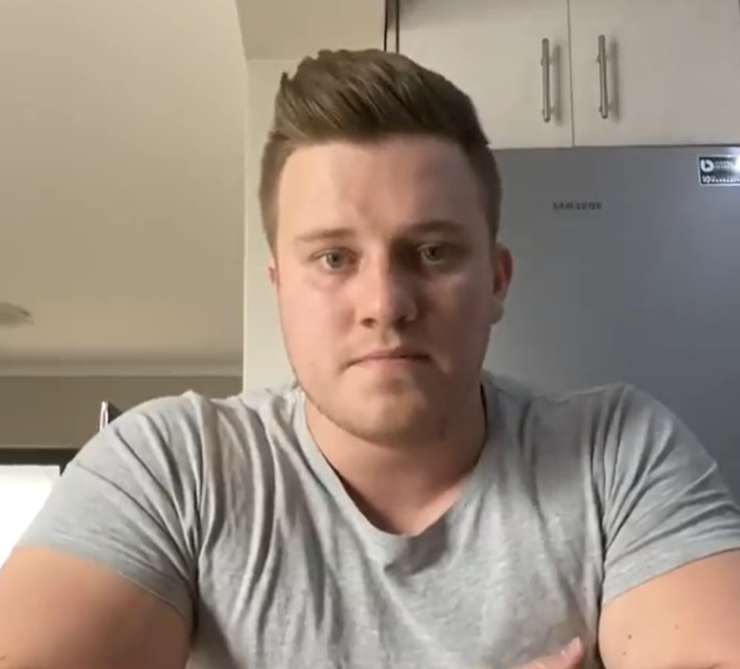 Scores of South Africans are threatening to boycott clothing brand, Panda, which is owned by businessman and podcaster Donovan Tooth according to his now-deleted LinkedIn profile, after he fat-shamed women in a now-viral video.

Tooth has had many reeling over his viral rant in which he said “overweight” women must not be accepted by society but should “hit the treadmill” instead. The video went viral after he posted it on Instastories last week.

“These overweight, chubby f***** women are getting posted up and are being told 'curves are beautiful and curves are strong.'”

On Facebook, more than 1,000 people joined a group called “Donovan Tooth (Panda Clothing) must fall.” In it, women shared pictures and stories about their struggles with self-image and being overweight.

“The thing is, all the things he said, I say to myself daily. But he triggered something inside me and I can't stop thinking about all his remarks,” reads an excerpt from her post. She urged parents “to keep a close eye on your children” as insensitive remarks can push some people over the edge.

Another Facebook user, Elsu Gericke, said Tooth's ideal weight is not an option for her as she struggles with her insulin levels.

“I've always been overweight because of a health issue that has been a hell of a road. I literally have to eat nothing and gym 8 hours a day if I want to look anywhere close to what the ideal is,” she wrote in part.

Twitter was also flooded with comments from women outraged by his comments.

Donovan Tooth from Panda Clothing with your disrespectful remarks of woman and fat shaming...you look like a Oompa Loompa...go fk yourself douche bag 😠😠😡😡😡 pic.twitter.com/fxr7Vanbss

Human beings have gone completely bonkers. The world is full of angry and damaged people. To quote JK Rowling here: "Is fat really the worst thing a human being can be? Is fat worse than vindictive, jealous, shallow, vain, boring or cruel? Not to me." @ToothstaSA #DonovanTooth https://t.co/yx944lJbDk

Wow I didn't watch that video until now. I was not expecting it to be that vile. I wasn't expecting for women to be called 'fucking fat overweight bitches'. No ways. Donovan Tooth must be held accountable.

Donovan Tooth, this one’s for you https://t.co/8GvEMrsWdQ

The businessman also posted an apology via a Facebook account which has since been deleted. He acknowledged that many women have been hurt by his comments, saying, in part, “the video was uncalled for, it was completely wrong and I should have never said those things”.

PANDA Clothing and it’s shareholders disassociates itself from the derogatory post which was an attack on the female form. It is unacceptable, shameful and has no place in Panda’s value system. ⠀⠀⠀⠀⠀⠀⠀⠀⠀ PANDA offers an apology for the widespread hurt that was caused and an internal review process / disciplinary procedure has been initiated. ⠀⠀⠀⠀⠀⠀⠀⠀⠀ PANDA represents the celebration of fitness regardless of anyone’s shape or form. ⠀⠀⠀⠀⠀⠀⠀⠀⠀ To reassure our valued female clients we respect women in every aspect and acknowledge and admire them in all forms. ⠀⠀⠀⠀⠀⠀⠀⠀⠀ #PANDA