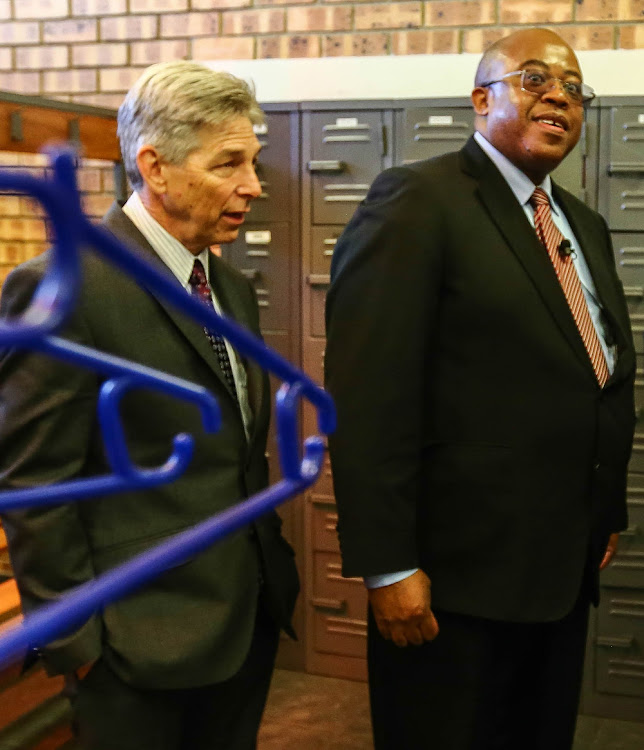 Figures contained in Sasol's 2020 annual results have revealed a R41-million pay difference between the salary packages of Bongani Nqwababa and Stephen Russell Cornell who headed the petrochemical giant from July, 2016 to October 2019 as Joint-President and Chief Executive Officers.

Both officials held the same position and shared a similar amount of responsibilities, however Nqwababa's total remuneration package stood at R27.2-million for the year, while Cornell pocketed R68.6-million.

The two executives were forced to step down last October after results of an independent review showed that a multi-billion rand project in the US was experiencing major cost overruns. Nqwababa left the company in April while Cornell exited in June.

Responding to SowetanLIVE's questions, Sasol said the pay gap was largely due to Cornell being paid as an expatriate and this never meant he did more work than Nqwababa.

"A key reason for the difference in the former joint-CEOs’ earnings lies in their employment contracts. As a South African, Bongani was on a South African contract and therefore paid in Rands. As an American, Stephen was an expatriate and therefore was paid in US Dollars (USD) throughout his tenure in terms of the company’s expatriate remuneration policy. As per JSE listings requirements, Stephen’s USD salary then had to be converted to (Rands) at the prevailing exchange rate as at the end of the financial year for disclosure purposes," said Sasol's spokesperson Matebello Motloung.

"In addition to his salary, Stephen also received the usual benefits that are received by expatriates in South Africa. As these are employee benefits, the cost thereof is grossed up for tax purposes, resulting in significant increases in the total cost. This is not unusual in expatriate agreements," said the company.

"The nature of their employment contracts gave rise to the differences in salaries. But there was no difference in terms of their share of responsibilities. They were equally responsible for the role of CEO."

Nqwababa received R909 000 for risk and retirement funding while Cornell got R10.7-million.

"The company is fully committed to transformation, which is evident in the diversity of our board, our group executive committee and the rest of the organisation. The remuneration committee, of which the Sasol board chair is a member, considers pay equity in the organisation and is satisfied that there is no unfair discrimination in the pay policy and practices of the organisation."

She said the pay gap between the two executives didn't mean there were pay disparities in the company linked to race and gender.

"Management and the remuneration committee regularly reviews pay equity. We also report pay ratios to the Department of Labour and we are confident that where there are pay gaps between gender or race groups in the same roles, that these can be justified through performance, competence or experience," she said.