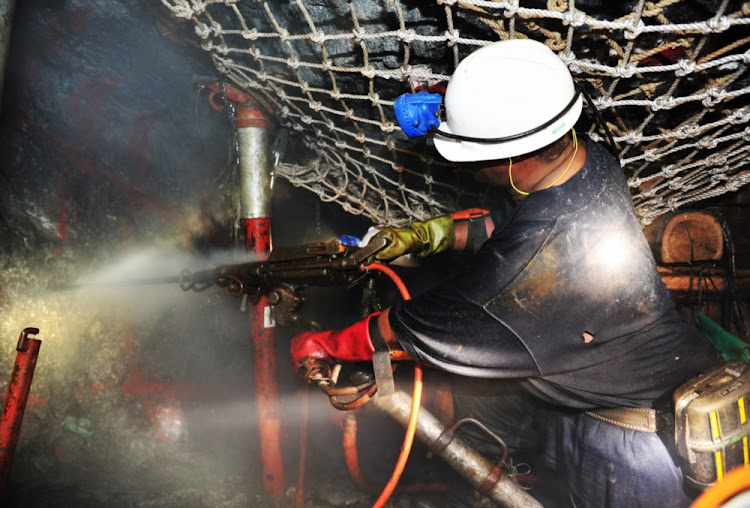 Net debt rose by $3 billion to $7.6 billion in the first half as it continued to spend on mines and projects.
Image: Gallo Images

Diversified miner Anglo American on Thursday told its investors it was on track for a second-half rebound after a 39% dive in profits in the first six months when lockdowns paralysed production.

The London-listed miner, with its extensive African exposure, has been the hardest hit of its peers by lockdowns that halted mining in South Africa, Botswana and Namibia. The company also suffered operational issues.

"The year has been like nothing I have ever seen in my 43 years in the industry," CEO Mark Cutifani said on a call.

But he said the company was operating at nearly full capacity and expected a recovery in prices and sales of its products.

"We have done the right things in the first six months and I think we have laid the foundation for the recovery in the second half of the year," Cutifani said.

Anglo posted underlying earnings before interest, tax, depreciation and amortisation (EBITDA) of $3.4 billion for the six months to June 30, beating a consensus of $3 billion from nine analysts compiled by Vuma.

It declared an interim dividend of 28 cents per share, down 55% from a year earlier, but in line with its 40% payout policy and beating consensus estimates for a 20 cents payout.

Net debt rose by $3 billion to $7.6 billion in the first half as it continued to spend on mines and projects.

The share price fell 3.3% by 1040 GMT versus a 2.4% fall in the wider sector as metals markets dipped on Thursday.

An advocacy group for ex-miners who suffered debilitating lung impairment while working on South Africa’s mines has expressed concern at the slow ...
News
1 year ago

Fifty-three employees at Anglo Gold Ashanti's Mponeng mine in Carletonville on the West Rand have tested positive for Covid-19, the Gauteng ...
News
1 year ago

Analysts said the shares were pricing in this year's weakness but they believed Anglo was well-placed for recovery.

"We believe Anglo will benefit from a continued cyclical recovery in most commodity prices, ongoing strength in iron ore prices, and operational improvements after the very difficult first half," Jefferies analysts said in a note.

Earlier this month, Anglo maintained most of the full-year production targets it set in April.

Apart from the impact of lockdowns, Anglo had operational incidents at its platinum unit in South Africa and at its Australian metallurgical coal mine, which were to an extent offset by performances at its Brazilian iron ore and Chilean copper operations.

The diamond sector faced weak demand even before the pandemic and a collapse in sales in the first half cut profits at Anglo's De Beers unit to $2 million from $518 million a year ago.

Cutifani said De Beers will begin a consultation process and inform employees on how they plan to transform the business on Monday.

He said, however, diamond sales were beginning to rise in China and also predicted a recovery in the leading U.S. diamond market in the second half.

Other miners are also banking on China, the world's biggest commodity market.

Larger rival Rio Tinto on Wednesday declared a first-half dividend in line with expectation and said it saw a V-shaped recovery in China.