How to handle online returns, new airport rules & be aware of price hikes 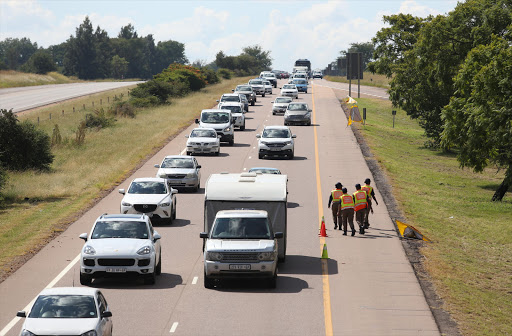 If you are buying a second-hand car, be aware that due to stringent Covid-19 protocols, roadworthy certificates are now more expensive and you need to incorporate that into your budgeting.
Image: Masi Losi

In this new weekly segment of bite-sized chunks of useful information, consumer journalist Wendy Knowler summarises news you can use:

Now that roadworthy certificate will cost you a lot more

Those protocols include limiting the number of tests per day that may be conducted, and not allowing drivers to fetch and deliver cars. “In order to remain viable it is necessary to increase our prices,” one testing centre told motor dealerships.

“In our view, this is a surprisingly big increase — almost doubling their fees — at a time when many customers are under considerable financial stress, probably even more for those who are looking at buying a used vehicle.

“We think it should be revisited,” he said, “because increased costs will filter down to the price tag for the customer.” Hear hear.

Best you get to the airport early, and look for new drop-off zones

Airlines have been telling us for years to be at the airport two hours before a domestic flight, and most of us have been ignoring that advice and still making our flights. That’s no longer a good idea, not with all the screening and other Covid-19 protocols which air travellers — business only — will have to subject themselves to, along with new drop-off and parking areas in some cases.

“The new normal,” Lanseria airport tweeted. “Please be at the airport at least two hours before your flight to allow for screening and all the other procedures.”

That includes a mandatory questionnaire as part of the screening process. You can download it from the Airports Company of SA’s website, then print and fill it out at home to save time. Here’s the link (you can ignore the log-in pop-up).

You might want to take your temperature before leaving home, too, if you have an accurate thermometer, because if your temperature scans at higher than 37.2 at the airport, you won’t be allowed in.

You will also need a letter on your company letterhead, signed by a manager, giving you permission to travel.

No non-travellers may accompany you into the airport.

All airports’ traditional drop-off and pick-up zones have also been temporarily shut down, along with some short-term parking bays, and new drop-off zones created.

Watch for the new signs.

Will your payment holiday affect your credit score?

Who better to ask than a higher-up at a credit bureau ... Annelene Dippenaar, chief legal and compliance officer at Experian Africa, has good and bad news on that.

The good news is if you meet your new payment holiday obligations you won’t have a series of missed payments reflecting on your credit report and your score won’t be negatively affected.

The bad news is the payment holiday could still impact on your ability to get credit in future, Dippenaar warns.

“Lending policies differ between the various financial service providers, so this will depend on the lender with whom you apply for credit in the future.”

To register for lifetime free access to your credit report, go here: www.mycreditcheck.co.za

Beware the online retailer’s credit instead of a refund

Lockdown has seen South Africans embracing online shopping in record numbers, with varying success. Overwhelming demand has led to inevitable delivery delays, and orders being cancelled due to stock issues.

Here’s what you should know — some retailers unilaterally give you an account credit rather than refunding you, as you are entitled, if they cancel your order.

You are also entitled to a five-day cooling off period when you buy online, meaning you can return the goods if you don’t like or want them. Again, you are entitled to a refund if you choose to send something back within five days of the courier delivering it to you — you don’t have to accept a credit.

Takealot explained their policy of automatically crediting for cancelled orders like this: “Store credit is allocated instantly, providing the customer with an immediate opportunity to purchase an alternative or replacement item, whereas with credit card or EFT refunds there is an unavoidable time lag of up to several business days before the funds reflect in the customer’s account.” Yes, a credit may be available immediately, but only for buying from that company! “We always offer the customer the option of having their store credit refunded (to their bank account) if this is their preference,” Takealot says.

Good to know. So if you get that “sorry, your order is cancelled, we’ve credited your account” e-mail, and you’d prefer a refund, let them know that.

The large print giveth and the small print taketh away. That line, penned by musician Tom Waits more than four decades ago, is particularly apt in ...
News
1 year ago

Is compelling commuters and schoolchildren to walk through booths or tunnels which spray them with disinfectant really necessary as an anti-Covid-19 ...
News
1 year ago
Next Article