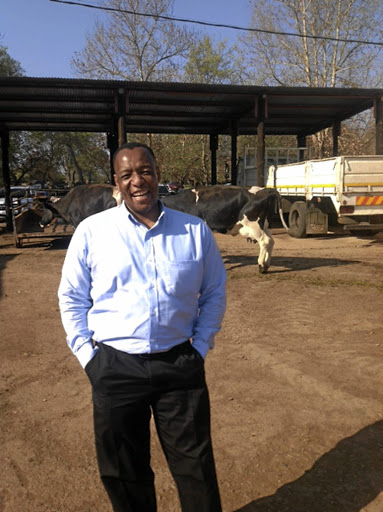 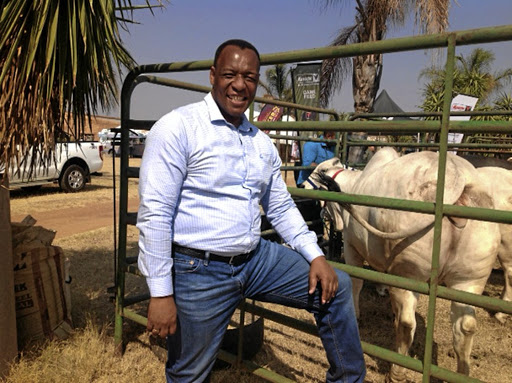 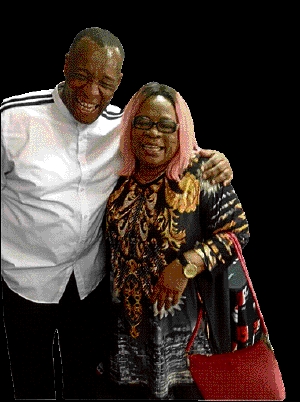 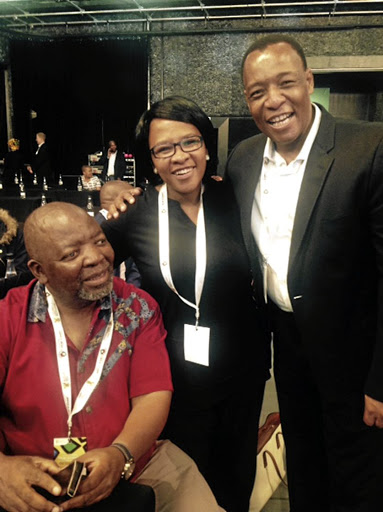 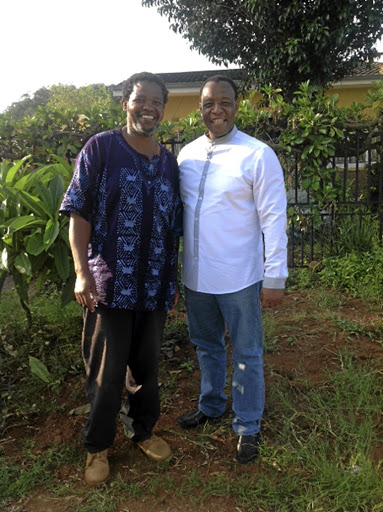 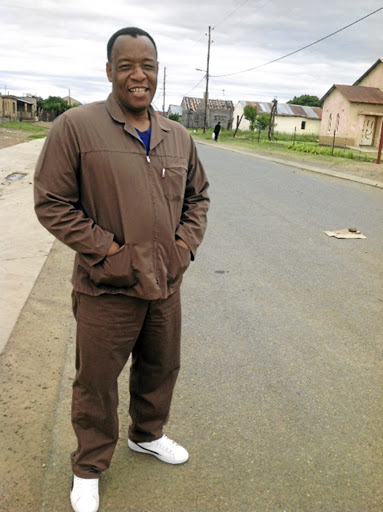 Agriculture plays a key role in the economic development of most countries in the world.

Experts believe that in a developing economy such as SA's, agriculture can contribute significantly to household food security.

Acknowledging that land is power, the Black Farmers Association of South Africa was formed in 2015 to benefit African farmers who still occupy minority status in the sector as small-scale producers of crops and livestock.

The association's main objective is to assist black farmers to achieve their full potential as commercially successful players in the sector who will be able to run self-sustaining operations that contribute meaningfully to food security in the country.

In short, there's a lack of knowledge on critical aspects of the sector, particularly on innovative and high-tech methods of husbandry.

If Cry the Beloved Country was "a story of comfort in desolation", as the sleeve on the Alan Paton classic novel famously suggested, then The Long ...
Entertainment
1 year ago

According to Jerry Tsie, the reason for this backwardness is because unlike elsewhere in the world, SA doesn't have professional agents who assist farmers to improve their productivity by providing expert advice, information and other critical support services.

The Free State-born actor, writer and documentary film producer says he has identified this shortcoming in the sector and he's confident that he can play his part in assisting emerging farmers.

Although Tsie, 54, is not a farmer, he says his passion for agrarian and pastoral matters places him in a good position to lend a helping hand. Although he was born and raised in a township (of Kutlwanong, outside Odendaalsrus), farm life was part of his upbringing.

"As a youngster I used to visit my elder sister at the farm during school holidays.

"She was a teacher at a farm school near Wesselsbron town [some 50km west of Kutlwanong]. We will be assigned to perform various tasks such as milking the cows," he recalls.

His late parents used to stay and work in a farmhouse outside Bothaville, also in Free State - the country's agricultural heartland and maize capital.

"My mother Magauwele was my pillar of strength throughout my journey of life."

Tsie is the founder of Agr 24 Network, a 24-hour TV channel whose content will be agriculture, environment, climate change and related matters.

He is confident that its launch will be a welcome development for the black farming sector as currently there's no media platform that's dedicated to agricultural matters.

"A number of countries including the United States, Ireland, China and India have such networks. Some of them are members of Brics. We hope to benefit from their experience and technical expertise."

The groundbreaking channel is scheduled to be launched at the end of September in Bloemfontein, Free State, with technical operations based in Johannesburg. It will go on air in March next year.

"This is a serious pioneering enterprise," says Tsie who adds that the channel will broadcast news and shows in a number of indigenous South African languages as well as in Swahili, the lingua franca of East Africa.

"We envisage a time when Agr 24 Network will be a force on the continent. Therefore broadcasting in Swahili means that we will be abreast with agricultural trends in the rest of the African continent.

"We can't operate in isolation from other regions."

Tsie says he has been working hard for years to make the niche media enterprise a reality.

According to Statistics SA, the Free State currently stands at 34.4% unemployment rate, one of the highest in the country alongside Mpumalanga and the Eastern Cape. The founders of Agr 24 Network hope that the channel will contribute significantly to the creation of jobs in the province, particularly for young people.

The ANC will this year go on a drive to encourage successful land claimants to retain their land and not opt for money.
News
1 year ago

On the other hand, Yarona Serona Holdings, the newly formed company under which the channel will be run, will be managed by a highly experienced team of expert leaders with decades of experience in broadcasting, corporate and government sectors.

Besides communicating essential information on the state of agriculture in the country, the Agri 24 Network is also geared towards co-ordinating business development within the sector and being a catalyst for its transformation.

"To make this a reality we are forging partnerships with universities and other research institutions. We will create a platform for experts in the industry to share information with viewers and contribute towards content creation on various agricultural matters," he explains.

On the other hand he says the channel will boost the South African creative sector by commissioning documentaries, educational programmes and dramas that are agriculture-themed.

Tsie's latest venture is not surprising. He is a multifaceted and charismatic personality with exceptional leadership qualities. Through Letsema La Tsela - an arts, culture and heritage organisation that he has co-founded in 1998 and run as national co-ordinator and chairperson - he has worked with fellow actors such as David Phetoe, Boikie Mohlamme and Kagisho Lenkge to advance these aims.

Sadly, these respected and elderly thespians have since passed on but there are younger contemporaries who are running with the baton.

Letsema La Tsela is a Sotho phrase referring to a work party on a path of industriousness and commitment to the projects at hand.

Over the years the dashing actor has starred in a number of Sotho TV dramas like Mohlolohadi, Le tla o Tjhabela and Masakeng.

And some of these roles have revealed his expertise as a martial arts fighter. His role in the international film, American Ninja 3: Blood Hunt (1989), as one of the martial artists, is testimony to his fighting and acting skills in the genre made famous by Bruce Lee.

"I'm not going to retire until my death." These are the words the late township business pioneer Dr Richard Maponya uttered to long-time friend ...
News
2 years ago

"Bruce Lee and Jackie Chan movies influenced some of us township youngsters at the time," he recalls fondly. There were also local household names such as Isaac "African Tiger" Mashinini, Peter "Poison" Thage and the late Raymond Mkhize.

"My first teacher was the late Sensei Tsietsi "Bizzah" Botipe and later Sensei Solomon Mzizi who unfortunately died some years ago. In 2015, I contributed a tombstone for Sensei Botipe just to honour him."

In the past few years Tsie has decided to swap being in front of the camera for the director's chair.

"Our current TV dramas lack depth and originality. They are not in line with the country's philosophy on nation building and the writers lack the capacity to lead the discourse on the national question. So they glorify foreign cultures, promote criminality and mimic the American way of life.

"So, I don't want to be part of this mediocrity. I respect my craft and that of thespians such as David Phetoe, Boikie Mohlamme, Kagisho Lenkge and other elders that I have worked with. It's my honest observation that the current state of TV acting is a disservice for viewers and aspirant actors."

In his role as writer and director, he has created an impressive catalogue of documentary films. Works such as The Barefoot Comrade and Wellington Tshazibane: Renaissance Man are valuable history lessons for younger generations on some of the unsung heroes of the anti-apartheid struggle whose deaths in detention remain unaccounted.

The former is based on the short and tragic life of Sipho Mutsi, a 17-year-old student activist and Cosas leader from Odendaalsrus who died in police custody a day after his arrest in 1985.

A postmortem revealed that he had suffered severe beatings before his death.

The 95-minute documentary film premiered on February 22 2013 and was subsequently screened across various universities and townships.

After watching the film Pulane Mutsi, the deceased's mother, said that it had helped her to find closure and healing.

The film was also an eye-opener for students and others as it made them aware of the fact that the country is full of unknown martyrs and Struggle heroes whose contributions have the potential to enrich our political history.

Renaissance Man recounts the life and times of Wellington Tshazibane, 30, an Oxford graduate and mining engineer from Soweto who died in police custody at the notorious John Vorster Police Station in Johannesburg during the June 1976 student uprisings.

He was the seventh black detainee to have died in detention in 1976. As expected, the family and friends didn't believe the police version that he had committed suicide by hanging himself with a strip of blanket.

At the time of his death, Tshazibane was employed in a research laboratory of mining giant, Anglo-American Corporation.

He was accused of having provided the chemicals that were used in the bombing of Carlton Centre. Tsie's other documentaries are Third Eye and Unsung Hero, based on the lives and times of painter Motlhabane Mashiangwako and late actor Thomas Mogotlane respectively.

Breeder started his success with three goats
News
2 years ago

"These films seek to preserve and honour their self-sacrifices towards liberation of South Africa. Due to the lack of understanding and knowledge on the role of arts and artist's responsibility towards development of society's consciousness, I took it upon myself not to let their memories to be eroded by selective amnesia that is prevalent in the country," he explains.

"I felt privileged to have visited Frank Leepa's grave in Lesotho."

Tsie's rich and multilayered life is worth documenting. In the late 1980s, he and Annette Heunis, an Afrikaans-speaking white woman from Odendaalsrus, shook the ultra-conservative white community after they fell in love.

Under apartheid love and sex across the colour line were forbidden. The story was so big even foreign press such as The Los Angeles Times reported it.

The Philippi Horticultural Area (PHA) took on the City of Cape Town on Wednesday on the second day of a high court battle to prevent development of ...
News
2 years ago

Billionaire businessman Patrice Motsepe and his medical doctor wife Precious Moloi-Motsepe aim to create thousands of jobs after launching a ...
News
2 years ago

Really now, where are blacks going?

Okay, there is no denying that that brand new #IAmStaying Facebook page has taken SA by storm.
Opinion
2 years ago
Next Article