Mathonsi driving his own success 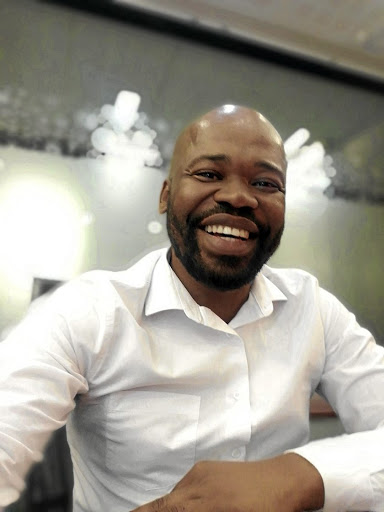 Innocent Mathonsi is the inventor of the Dunga driving simulator.
Image: Supplied

The frustration that comes with getting a driver's licence in SA is unmatched.

For most South Africans, this is done hastily in the hopes of possibly acquiring employment and at an exorbitant price.

One entrepreneur, Innocent Khanyisani Mathonsi, is hoping to ease the frustration and make getting a driver's licence a breeze through his Dunga Simulation Driving School.

The school aims to teach youngsters how to drive using a simulator, believing that starting children early will curb licence fraud and fatalities on the road.

The company manufactures the simulators in its Pretoria East plant and sells them.

"Growing up poor [in KZN], I had so many financial difficulties, I couldn't even afford a driver's licence. In 2014 I did some research to find out what would be appealing and what would work in this technological era that we're in and also something that can circumvent corruption," Mathonsi said.

He then knuckled down and did some research and contacted some aeronautical engineers. In 2016, he entered Soweto Business Stars with the business idea, where he finished as a top 20 finalist.

"I received mentorship and met a few people from Innovation Hub; with their help I kept fine-tuning the idea. Eventually I was afforded the opportunity to speak to a few people during the Brics summit, people from China."

Mathonsi then bought a simulator and studied it, adding programmers, developers and aeronautical engineers to help in the process of producing the simulators to be sold. 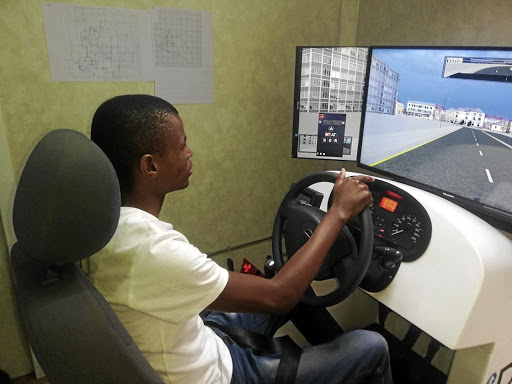 A student learns how to drive in a Dunga simulator.
Image: Supplied

"We're in the process of working on a franchise model, we're offering lessons from our mobile trailer as a marketing tool currently. The aim is to develop this business into a franchise and for it to become a viable business," he says.

The 34-year-old says he's looking to driving schools, logistic companies and academic institutions as potential clients to buy his simulators.

They currently offer lessons at R50 for half an hour or R100 for an hour.

"[This year] we'll be rolling out a roadshow with private schools. there are too many processes with approaching government school."

Mathonsi has also had to battle with reluctance in the public sector, visiting relevant departments and some traffic authorities, with no success to his partnership proposals.

The occupational therapy graduate from the University of the Western Cape says his qualification has helped in his entrepreneurial journey.

"Occupational therapy is about bringing an individual back to full health, that has taught me to assess any situation and give a relevant response to whatever difficulties that a community or an individual is facing...

"I also learnt to understand the challenges that South African communities face and what the relevant responses to those challenges are.

"I grew from that because what I studied is about bringing the balance back to the individual or the community [so they can] be a fully functioning productive community or individual."

The business has piqued interest from several individuals and Mathonsi aims to capitalise on that.

"Anyone who wants to partner with us, who has the same vision, can come partner with us. My main aim with this was that pupils as early as grade 11 should be able to leave school with driving skills and be employable. That is my dream, that kids don't have to feel the pressure to get a licence and resort to fraudulent means."