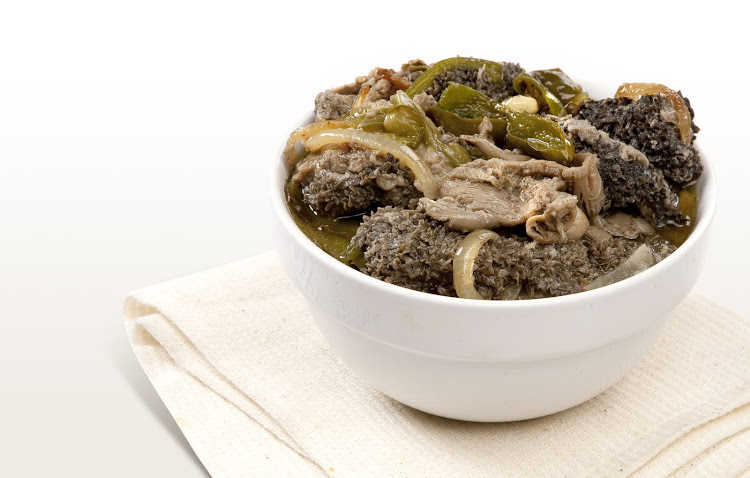 A stone's throw from Nelson Mandela's former home in South Africa's Soweto township, Dumile Badela's restaurant is now more hectic and lucrative than ever, thanks to Uber Eats, his hungriest customer yet.

Having already dominated Africa's ride-hailing sector, Uber is trying to conquer the food delivery market by leveraging its massive fleet of drivers in the continent's most developed economy and tracking popular food choices and destinations.

Surprisingly perhaps, Uber got off to a tricky start.

An initial focus on high-end restaurants proved to be a mistake in a country perpetually on the verge of recession. The San Francisco-based app is now targeting traditional, local fare.

In May, it launched in Soweto, where it works with around 20 partners and is adding more local foods to its 480,000 menu items, dispatching dishes like stewed tripe, caterpillars, cow heels and sheep's head to mostly middle-class customers who crave a taste of home.

It could be a win-win; Uber posted a $1.16 billion third-quarter loss and Uber Eats is the company's fastest-growing business, contributing more than 10% of its quarterly revenue of $3.8 billion.

Uber isn't alone in wanting a large piece of the South African pie.

Some two million South Africans have downloaded its app. It boasts 700,000 active monthly users, and over the past 12 months processed 1.5 billion rand in food orders.

Uber Eats said it's recorded 2.1 million app downloads since its 2016 launch, but declined to give figures for food sales.

Uber Eats recently announced the launch of a “pick-up” service for users in South Africa.
Business
2 years ago

Between them, the two companies have captured around 80%-90% of South Africa's food-hailing market, according to research firm Insight Surveys.

They'll soon be joined by Bolt, the ride-hailing firm formerly known as Taxify, which is Uber's main competition in Africa. The Estonian company plans to launch its food delivery service in South Africa early next year.

"There is space for three, possibly four key market players, as the market is still in its infancy and will continue to show rapid growth in the future," said Yashvir Maharaj, research director at Insight Surveys.

Uber is using data from its rides service to monitor popular food destinations and is tracking popular food searches on the Uber Eats app to gauge what people are craving.

In South Africa, it has found that Soweto and other traditionally black townships have a reservoir of middle-class consumers who may move further afield and crave a taste of home.

"Now that we're in Soweto we want to take those experiences and expand them to other townships, and go even deeper into Soweto," Dave Kitley, Uber Eats' General Manager for South Africa, told Reuters.

"We're thinking a lot about migration ... When they move, their taste buds move with them."

That's something George Makume, the Soweto-raised owner of So Cafe, understands.

Three years ago, he opened his restaurant in the middle-class suburb of Roodepoort, 25 kilometres (16 miles) west of Soweto, noticing a lack of traditional food options despite a growing number of black professionals moving to the area.

"People grew up with this kind of food, but it's difficult to find unless you travel 20 or 30 kilometres to Soweto," he said.

Ordering food via delivery apps is all the rage, but do you know how much extra it’s costing you?
Good Life
3 years ago

Among his best-sellers are skopo - sheep's head steam-cooked or grilled on an open fire - followed by "Mogodu Mondays" - a 2-for-1 special of spicy tripe and maize porridge.

Back at Badela's restaurant where evening prep is under way, he says there's plenty of business to go around.

"I'm not the only one in Soweto offering this kind of food. There are many places," he says. "So if I succeed, the guys selling amanqgina (pig trotters), namatwana (chicken feet) and skopo will say 'Yo! I can do it as well.'"

That's a potential boon for black communities, where unemployment typically outstrips the nationwide average of nearly 30%.