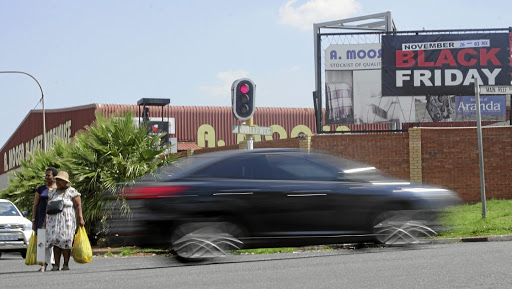 Black Friday, which became an annual shopping tradition for bargain hunters two years ago in SA, has dramatically changed the behaviour of consumers over festive period.

Statistics show that consumer patterns have tilted as many people now prefer to do most of their December and January shopping in November. This has resulted in a number of companies opting to dedicating more than one day to the Black Friday.

"Of course Black Friday has changed buying patterns. It brings forward into November the retail sales that were supposed to take place in December," said economist Azar Jammine.

"This means December becomes a less dramatic time for shopping and some people can go on holiday knowing that they have bought their Christmas presents ahead of the holiday."

Jammine said though Black Friday largely benefited consumers, to the detriment of retailers.

How best to navigate Black Friday

Black Friday is just 24 hours away and consumers are already being bombarded with promotional deals and widely advertised offers.
Opinion
1 year ago

However, retailers preferred to be part of the Black Friday as they might lose out, he said.

"People would rush off to buy stuff for Christmas, resulting in the profit margins of retailers becoming less. This means many consumers won't buy stuff in December, resulting in retailers making less profit as a retailer.

He, however, warned consumers to avoid the temptation of buying perishable goods on credit as they might later struggle to service the debt.

"Such high numbers are not uncommon. For example, in the UK the increase is 1 708%, in Ireland over 1,852%, and in Germany an increase in over 2,418% in sales," Mamathuba said. He said the data also showed that an average discount in SA has decreased marginally, consumers could tell if they were getting a bargain.

Black Friday is around the corner, November 29 to be exact. Black Friday is a huge discount-driven shopping day, held annually the day after the American holiday, Thanksgiving. It has slowly become one of SA’s biggest shopping days. Here are some of the dos, don'ts and definitely don’ts to make your shopping experience enjoyable.