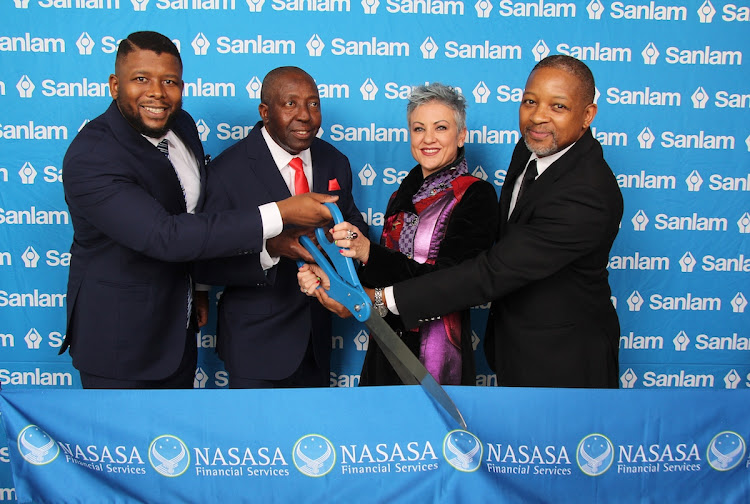 Sanlam and the National Stokvel Association of SA (Nasasa) have launched Nasasa Financial Services, a brokerage catering to the financial services needs of the SA stokvel market.

Nasasa is a self-regulatory organisation with a database of 125,000 stokvel groups, reaching about 2.5m individuals. The new entity will foster greater financial inclusion for all members.

Jacqui Rickson, chief executive of group benefits at Sanlam Developing Markets and a board member of Nasasa Financial Services, says: “For SA stokvels, this is an opportunity to formalise their existence without having to forgo their traditions. Members of a stokvel will have peace of mind that they will be protected in their time of need, which is invaluable.”

“Stokvels are powerful financial services providers in their own right and have the potential to help grow SA’s economy once they enter the more formalised sector through appropriate product offerings,” says Nasasa Financial Services CEO Mizi Mtshali.

There are more than 800,000 stokvels in the country, aggregating an estimated R50bn per year. However, they are quite exposed, especially to liquidity issues, which may render them unable to discharge benefits to their members, and scams that falsely promise to resolve such issues. This results from a lack of accessible, relevant products that meet the needs of a more informal savings sector.

Some burial stokvels may not pay enough to cover funeral expenses in their entirety. By offering broad-based financial services to members, Nasasa Financial Services will empower stokvels through greater socioeconomic inclusion and security.

Rickson says: “This venture supports our client-centric focus by allowing financial inclusion to be extended to South Africans who are on the edge of the formalised insurance structures. Through this, we can help families recover financially after difficult, unexpected events.” 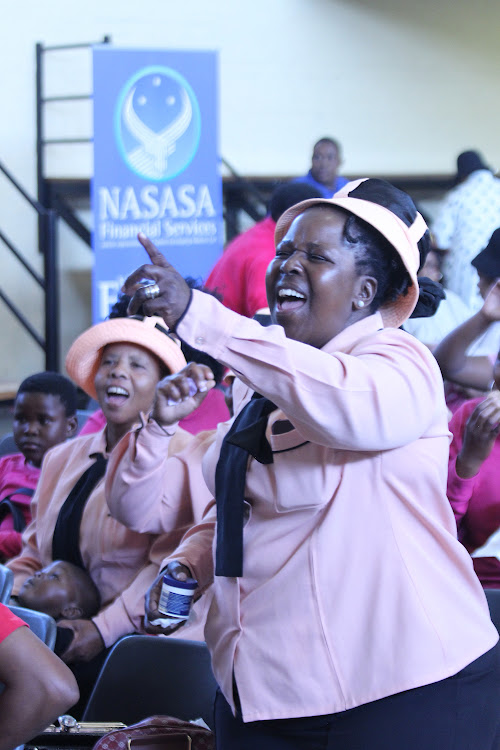 Nasasa Financial Services is licensed as a juristic representative of Sanlam Developing Markets, with a long-term plan to become a financial services provider. It will distribute tailor-made products nationally via its distribution force.

Sanlam will initially offer group-based funeral benefits, tailored to each type of stokvel as underwriter through Nasasa Financial Services.

Products are competitively priced and start at R15 per person. Once the stokvel has selected its option, the stokvel will pay one premium for the whole group. For burial stokvels, Sanlam has designed a full product, covering up to nine family members, and all products have been created in partnership with Nasasa.

Nasasa educates its members about wealth and, more appropriately, financial health, which includes saving on the expense of premiums through aggregation and paying group rates rather than more expensive individualised rates.

The brokerage has designed products as an extension of this — as a tangible, affordable, non-intrusive offering that seamlessly blends the required formal structures with traditional, community-based structures.

Mtshali says: “The research conducted during the build-up of our product launch saw the solution being entirely built by participating stokvels. As a result, we deliver unmatched value by building a solution briefed in by our constituency. Among the majority of South Africans, funeral insurance fulfils an unmistakable need.

“While many are excluded from the formal financial system, those who do interface with the sector largely feel inadequately serviced. Burial societies are formed as providers of such services and have developed systems about the real needs of their members. There are roughly 200,000 active burial societies in SA, with the majority being self-underwritten.

“Because such groups rely on their collective savings to discharge their benefit to members, they often face liquidity problems that may lead to their disbandment. This brings about the need for an underwriter who will take on the risk on behalf of the group and offer products and services built around the group's needs. Nasasa is tasked by its members to solve this problem and we have identified Sanlam as the most suitable partner in this regard.”

Mtshali says this venture will also facilitate job creation, which is key to socioeconomic inclusion. “For South Africans, this opportunity provides meaningful employment, particularly in the township economy. Not only is this a step towards financial inclusion, but it is also a giant leap towards societal transformation,” he says.

Down the line, Nasasa Financial Services aims to extend its offering to include life cover and short-term products such as household insurance, and it is investigating the potential of integrating other banking products.

This article was paid for by Sanlam Sky.