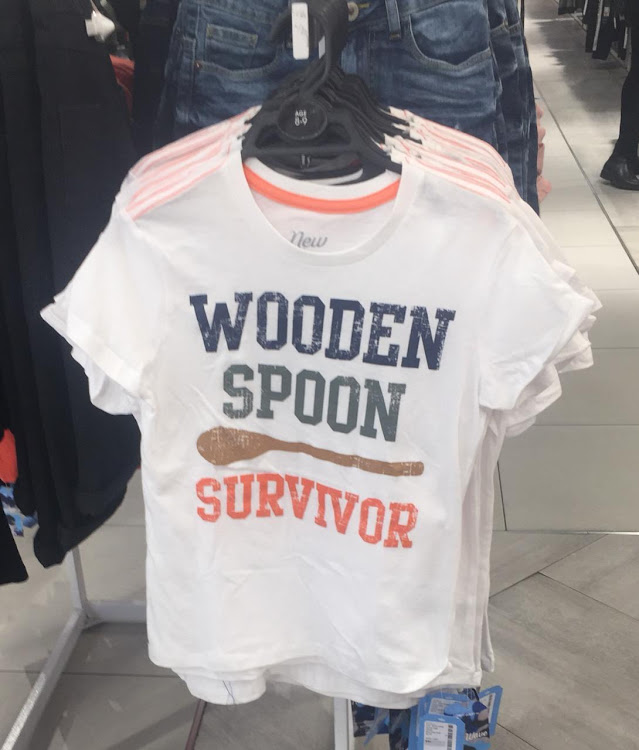 Clothing retailer Edgars has come under fire on social media for releasing a T-shirt featuring the slogan, "wooden spoon survivor".

Andrew Faull, a senior researcher in justice and violence prevention at the Institute for Security Studies, posted a picture of the T-shirt on his Twitter page.

"A meta-analysis representing 160,000 children shows that spanking increases the risk of negative outcomes for children," his second tweet read.

This excellent (free) book on the life histories of a South Africa's violent offenders shows how violent men often experience violence in the home as children: https://t.co/iECZhFkBJm

"Edgars views the issue of child abuse in a very serious light and would not seek to intentionally trivialise nor condone such abuse. In fact, Edgars is a proud sponsor of the 'Edgars Orange Unite' campaign, which is a campaign against women and child abuse. Through this campaign more than 80 women survivors a year have gone through the Edgars design and retail training, empowering them for business and employment," the spokesperson said.

"It is our belief that the slogan highlights the fact that this issue still exists, and it’s a reality, but celebrates and empowers the survivors. As you can see, there are different views and interpretations around the wooden spoon to the extent that our customers are willing to go and get a T-shirt. That is a reflection of the diverse society that we live in.

"We support Mr Andrews’ campaign for the fight against child abuse and will be engaging him and other stakeholders further," the company said.

Retailers called to account by the public recently include H&M, which was criticised in 2018 after its boys' catalogue showed an African child wearing a sweater with the phrase, "Coolest monkey in the jungle”.. Published on the Swedish clothing giant’s UK website, it sparked worldwide outrage. The company later apologised.

Other offending slogans on T-shirts have included "Marriage workshop: He works, she shops", at Mr Price, and Markhams' "Stay intoxicated nightly, get laid every day".

In another controversy, Truworths admitted it crossed the line by stocking T-shirts with a picture of a scantily clad blonde and the line, "Come play with me".