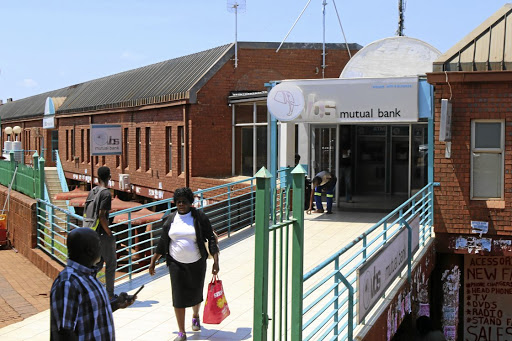 The Reserve Bank has confirmed that a buyer has shown interest in VBS Mutual Bank.
Image: ANTONIO MUCHAVE

The South African Reserve has confirmed that there was a buyer showing interest in embattled Venda Building Society Mutual Bank (VBS).

"The South African Reserve Bank is aware of the assertions made by Africapacity of its intention to buy VBS Mutual Bank or part thereof," read a media statement the Bank released on Thursday.

"The authorisation to conduct the business of a bank/mutual bank (banking licence) is not transferable and requires a formal new application for such authority to be submitted to the regulatory authorities.

Alleged benefactor and her company face liquidation.
News
3 years ago

"All or part of a bank/mutual bank’s assets (which do not include the banking licence) may be acquired with the prior approval of the regulatory authorities.

The VBS was placed into liquidation by the high court in Pretoria in November and its banking activities and licence suspended.

"VBS is therefore under the control of the duly appointed provisional liquidator, Mr Anoosh Rooplal. Any proposals relating to the proposed acquisition of the assets of VBS should be directed to Mr Rooplal," said the bank.

"Although Africapacity has written to the SARB and the minister of finance stating its intention to buy VBS, it has not formally applied for a banking licence.

"Should Africapacity wish to acquire the assets of VBS, it would need to comply with the requirements of the Mutual Banks Act 124 of 1993," read the statement.

An investigation report released by advocate Terry Motau on behalf of the Bank showed that close to R2bn was looted from the VBS between March 2015 and June 2018.

The looting left resulted in some municipalities, which had deposited their funds with VBS, out of pocket and struggling to pay workers salaries.

A forensic report into one of the municipalities that invested millions of rand of public money into the collapsed VBS Mutual Bank has recommended ...
News
3 years ago

More than R1.6bn of the R2bn invested by municipalities into VBS Mutual Bank cannot be recovered.
News
3 years ago
Next Article