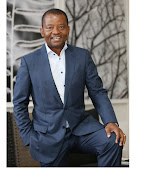 After losing a court battle on the axing of its chief executive Peter Moyo, Old Mutual has decided to appeal the ruling.

The Johannesburg Stock Exchange-listed financial services group on Tuesday left the South Gauteng High Court with a bloodied nose after the judge ruled that its chief executive should be reinstated with immediate effect.

Moyo had been fired last month after relations between him and Old Mutual soured when he was placed on suspension in May following accusations of conflict of interest as he is a founder of investment firm, NMT Capital, in which Old Mutual is an investor.

Moyo also successfully interdicted Old Mutual from hiring his successor while the company was ordered to foot his legal bill.

However, the company said in a media statement released last night that relations between it and Moyo had broken down irretrievably.

"... after considering the terms of the judgement and taking legal advice (Old Mutual) will immediately apply for leave to appeal against the High Court decision to grant former CEO Peter Moyo temporary reinstatement following his dismissal as CEO in June," said the company in a media statement released last night.

"The filing of the appeal will suspend the operation of the court order. Mr Moyo has been informed that he is not required or permitted to resume his duties, pending the outcome of the appeal proceedings.

"Old Mutual maintains that the urgent application by Mr Moyo was ill-conceived, contained a number of  false allegations, and should have been dismissed.  While the company respects the court and its processes, it now plans to appeal to a higher court to argue that it acted lawfully when it terminated Mr Moyo’s employment.

"The company has maintained throughout that it followed sound governance principles when it took this step, and that it gave valid notice under Mr Moyo’s employment contract.

"Old Mutual is clear that there has been a complete and irreparable breakdown in trust and confidence in Mr Moyo.  The company is optimistic that it will be successful on appeal and that another Court will come to a different conclusion.

"Until then, the business continues as usual under the stewardship of the highly experienced Iain Williamson as interim CEO, supported by a competent and focused leadership team," said the company