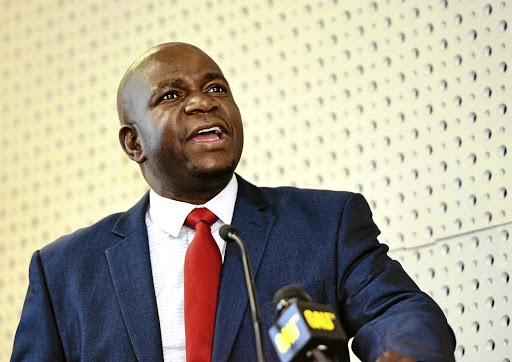 Statistician-general Risenga Maluleke has released the GDP results for the first quarter of 2019.
Image: Siyabulela Duda

There are renewed fears of more job losses after the economy performed worse than expected between January and March.

The economy, which was hit hard by a prolonged strike in mining and power cuts in the first quarter, has now contracted.

Economists interviewed by Sowetan yesterday expressed hopelessness that the country would in this quarter avoid a repeat of the bad results shown in the first quarter. They predicted a possible recession.

Economist Duma Gqubule said the 3.2% contraction was a complete disaster and calamity. "The problem is that the contraction happened in every sector of the economy.

"We knew about the five-month strike at Sibanye Gold, we also knew about load-shedding and the poor unemployment figures for the first quarter. But the scale of the contraction is something I've never seen before."

He said the government should start coming up with emergency measures to stave off further economic collapse.

SA’s economy contracted by 3.2% in the first quarter of 2019‚ the worst drop since the same period in 2009‚ in the wake of the global financial ...
Business
2 years ago

His comment came after the ruling ANC's national executive committee lekgotla held at the weekend agreed to expand the mandate of the SA Reserve Bank beyond price stability to include growth and employment.

Gqubule commended the ANC's instruction to the Reserve Bank, saying the institution should also implement an emergency interest rate cut of up to 200 basis points.

Sectors which contributed to the contraction included manufacturing, which declined by 8.8% in the first quarter, mining and quarrying industry decreased by 10.8%, and agriculture, forestry and fishing industry by 13.2%.

"These projects include tertiary school accommodation, green energy and housing projects. The City of Johannesburg also has a 300,000 housing units backlog and the financial sector could play a role there," he said.

He advised that the country should stave off strikes by coming up with a new company ownership model that will see workers being represented at board level and owning shares where they are employed.

Economist Mandla Maleka said: "This GDP figure was the worst. I think we're going to see another decline in the period between April and June and this will confirm that we are in recession.

"In first quarter we shed 80,000 [jobs], with the unemployment among graduates sitting on 7%. In 2013 unemployment among graduates was at 5.5%. This means the economy is beginning to lose jobs for those who are educated. This economy is not responsive. and I don't think cabinet is skilful enough to respond to the economic challenges facing the country."

Maleka said what will make matters worse was going to be the double digit electricity tariff increase and fuel costs that were nearing R20 a litre.

"Government needs to fix SOEs . and give chief executives long-term contracts instead of employment contracts that last up to five years."

He said that SOEs should be run by qualified and skilful executives who are appointed by organisations like the Institute of Directors instead of party deployments.

Both economists advised that the government and business needed to come up with urgent measures to stimulate growth to stave off economic collapse.