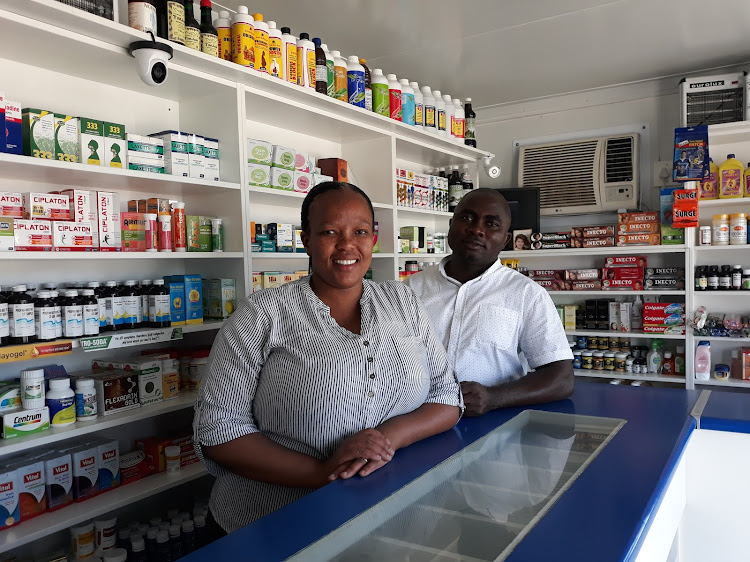 The daughter of a domestic worker, the 34-year-old never believed that she would one day own a successful business that has successfully managed to make a turnover of R80,000 monthly.

Her success has led to the opening of a second pharmacy under her name two months ago. She now provides work for three people.

A mother of three, Matwele said she was raised in a poor and disciplined family and this inspired her to chase after her dreams. Although she never went to any university, Matwele was accepted into a entrepreneurial development programme with the dream to open her own business.

“I worked in few different sectors until I had the opportunity to study at the Raymond Ackerman Academy of Entrepreneurial Development due to my zeal to go into the business world.”

Through the business training she became a part of seven entrepreneurs who in 2015 opened pharmacies in the area.

Mazoyi Mixture medicinal bottles are flying off the shelves of pharmacies around the country and curing minor illnesses which affect young children.
SebenzaLIVE
2 years ago

“When the opportunity came to set up medicine stores in the rustic communities, I wasn't the only one that was set up. We were about seven who were set up through the help of the Raymond Ackerman Academy and the Cipla foundation. But I continued alone till this day; others have since closed their businesses [due to theft among other challenges]. It’s not that I’m better than the others, I persevered.”

Matwele's dream is to see Khayelitsha have access to quality healthcare.

“My dream is to see that many segregated and local communities have access to basic medications and to set up local pharmacies, dispensary and first-aid service units in our local communities, where the health service providers are visible.”

Director of the SAB Foundation Bridgit Evans said Matwele was a part of the Tholoana Enterprise Programme.

“The SAB Foundation took in Phumza Matwele under the Tholoana Enterprise Programme, where her pharmaceutical business was earning approximately R7,000 a month and now earns about R100,000,” Evans said.

“Phumza was originally part of another corporate’s CSI project that set up a number of pharmacies in the area, however, the strategy sadly did not work for the other businesses. Credit to Phumza for her hard work and opening a second pharmacy. The SAB Foundation is exceptionally proud of her and her entrepreneurial journey, and looks forward to seeing her open more pharmacies in the future.”