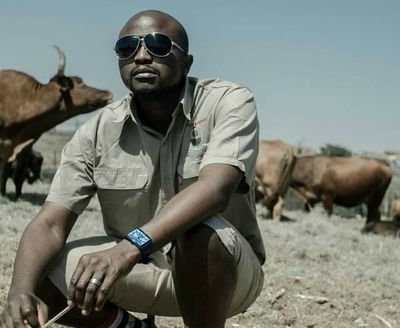 This is through spice giant Knorrox, which is embarking on a campaign to encourage livestock wealth for women, particularly in rural communities.

Shezi came into the media limelight in 2015 after launching the company that allows people to invest in livestock even if they do not have access to a farm.

Speaking to SowetanLive, Shezi said he is a proponent of creating wealth through livestock because of his own history, and wanted to recreate the financial system that he is a product of.

“My grandparents had seven or eight cattle and that was sufficient enough to pay for my mom’s college education. That is how she became a teacher and then a principal, which led to me being an engineer. Now who knows what my children will become?” he said.

Shezi said when he started his company he only had 26 cattle, which were valued at R350,000. Now the company is sitting on an investment of R40m, with R5m in dividends already paid out to the investors. “Most people would think that women are not involved in this but 30% of our investors are women. I believe in empowering women with cattle because they are more likely to support more people than men,” he said.

A representative from the company said winners of the prize will be able to choose the farm their cow will stay on and all the costs related to it will be covered by the competition.

“They will be given mentorship explaining how they can use the cow to create wealth,” she said.

She said after the cow has fully grown, the winner can sell the cow to buy more cows and so forth. This will ensure that the recipient is able to own cattle. “There will also be insurance available for the farm and the winners can use the app from Livestock Wealth to keep track of their cow.”

The spice giant's Mbali Ndlovu said women were being targeted for the campaign because they have historically been the main consumers of their product.

One of the "benefactors" of the controversial Estina dairy farm at Vrede has told public protector Busisiwe Mkhwebane that the project raised ...
News
3 years ago

Everyday challenges but it's all about the profits for dairy farmer

Helping her father manage his dairy farm in her youth has ensured that Beauty Mokoena (31) is now regarded one of the best subsistence farmers in the ...
SebenzaLIVE
3 years ago
Next Article